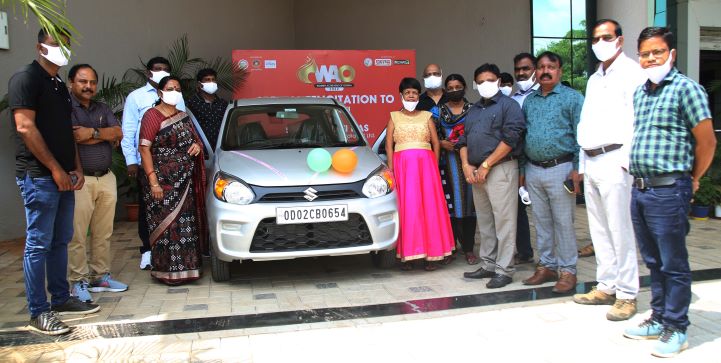 Saswati presented the keys of the vehicle to Urbashi at a simple function held at the SOA head office in Bhubaneswar on Saturday.

Saswati had promised to present the social worker a car at a programme organised by a media house on March 8 to mark the International Women’s Day. Urbashi, who belongs to Aul area of Kendrapada district, was among the women achievers who were felicitated on the occasion for the social work she was doing for upliftment of the poor, helpless, physically challenged and elderly people in 10 panchayats of her district.

Urbashi had said she could work more if she had proper transport. After learning of the work she was doing as an activist despite her physical impediment, Saswati had promised her the gift. Speaking on the occasion, said personalities like Urbashi were rare in the society and such people needed to be helped.

Butt Of The Matter: When Ranveer Singh’s Bum Became A National Issue