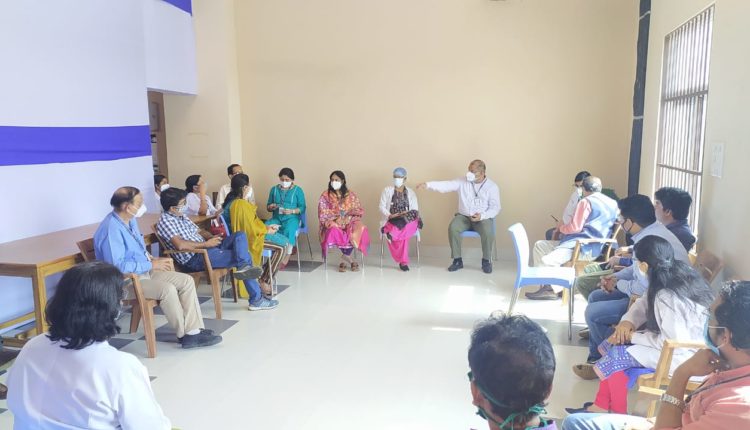 Bhubaneswar: The Institute of Medical Sciences and SUM Hospital, faculty of medicine of Siksha ‘O’ Anusandhan (SOA) in the city is all set for COVID-19 vaccination on Saturday.

Around 100 health care workers including doctors, nurses, paramedics and sanitation workers would be administered the vaccine on the first day of the launch after Prime Minister Narendra Modi virtually rolls out the nationwide inoculation drive.

Prof Ashok Kumar Mahapatra, SOA’s vice-chancellor and eminent neuro surgeon, would be the first to be administered the vaccine at the hospital. “Our preparations for the launch of the vaccination have been completed and around 100 health care workers would be administered Covaxin on day one,” said Prof Pusparaj Samantasinhar, Medical Superintendent of the hospital.

Besides Prof. Mahapatra, five other doctors representing IMS and SUM Hospital and SUM Ultimate Medicare have been chosen to attend the virtual launching of the vaccination by the Prime Minister.

IMS and SUM Hospital, which has been chosen as one of the centres for clinical trial of the Covaxin, is in the list of six medical facilities in the capital city where the vaccine would be administered.

Guess Which Mercedes Model Is All Sold Out In India?