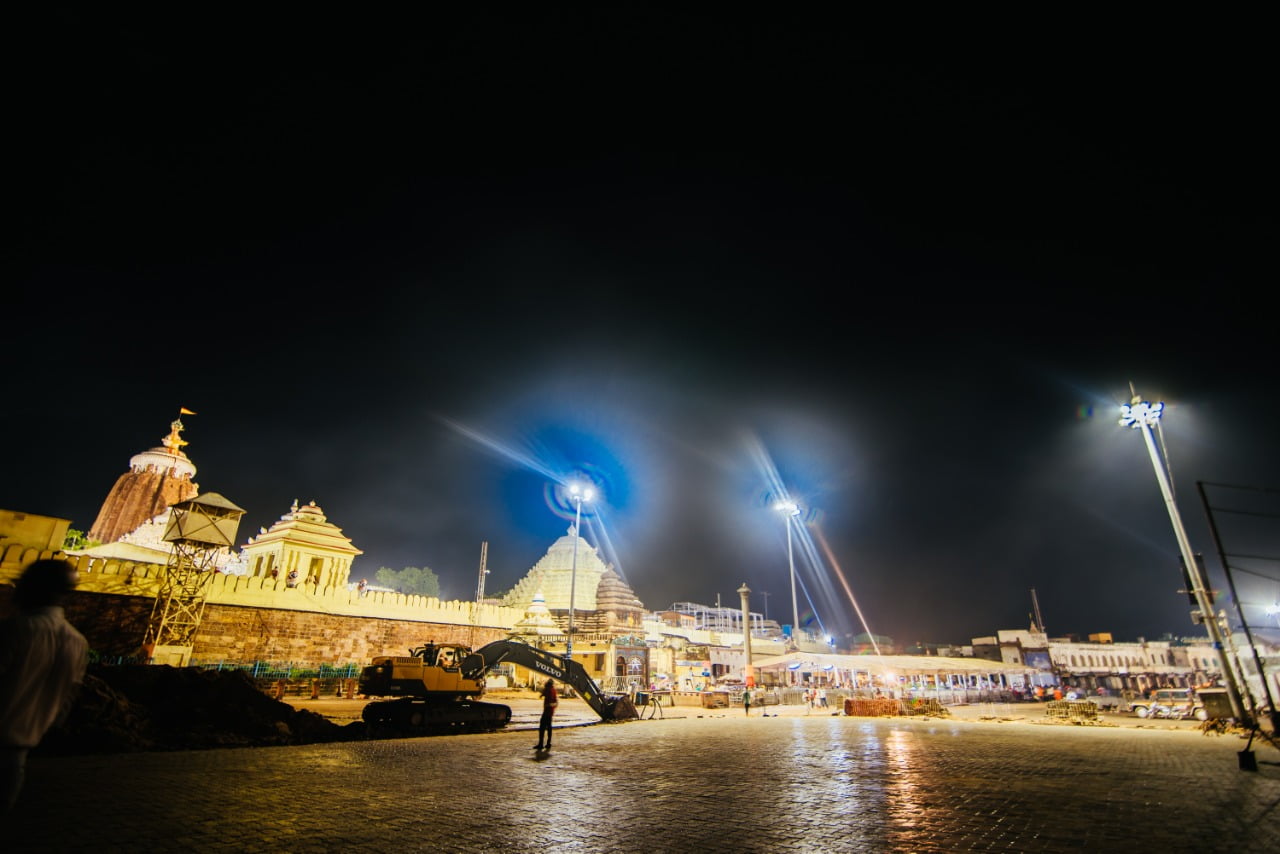 Puri: After the demolition of some mutts and trading establishments within the 75-metre radius of the Jagannath Temple, the Puri district administration has begun the social impact assessment (SIA) survey for acquisition of private land.

Notably, Five teams led by five IAS probationers and the officials of the Works department started the survey on Monday with 3.86 acres of private land and 1.28 acres of government land situated in the north gate (Uttara Dwara) area of the temple. During the survey, the teams evaluated the cost of the land and the houses, lodgings, some mutts and trading establishments built on it.

According to reports, the teams on the second day began survey in Banua Sahi.

The Revenue and Disaster Management Department in a notification on September 25 had ordered the district administration to acquire land within the 75-metre radius of the Meghanad Pacheri (temple boundary). According to the notification, the land acquisition process will be carried out in at least five sahis under Section 4 of Right to Fair Compensation and Transparency in Land Acquisition and Rehabilitation and Resettlement Act, 2013 after the SIA survey and measurement.

The administration will acquire a total of 15.191 acres of land, which include 2.6465 acre of government land and 12.5445 acre of private land in Baseli Sahi, Manikarnika Sahi, Kalikadevi Sahi, Dolamandap Sahi and Chudanga Sahi.

The survey and the acquisition of land will be completed within a month, the notification had said.

It is worthwhile here to mention that Chief Naveen Patnaik on September 13 had appointed five probationer IAS officers of the 2018 batch, Suryawanshi Mayur Vikas, J Sonal, Keerthi Vasan V, Subhankar Mohapatra and Bhuvnesh Devidas Patil to remain in charge of the various government projects in Puri to transform the Pilgrim Town into a world heritage city and assist the Puri collector Balwant Singh to expedite the project works.