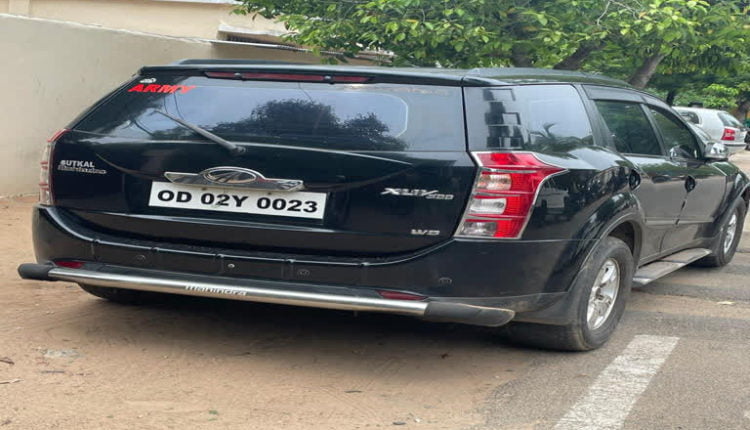 Bhubaneswar: The Twin City Commissionerate Police has detained a software engineer, who was allegedly impersonating an army officer.

According to sources, one Ratikant Satpathy was seen moving in an SUV (OD-02-Y-0023) with an army sticker in the sensitive and high-security zones in the city. Challans were issued thrice against the vehicle for traffic rules violations.

The challans exceeding Rs 10,000, however, were issued to Dhananjay Hota, who owned a vehicle with the same registration number. Following this, he began a personal investigation. He finally nabbed Ratikant with the vehicle at Jayadev Vihar Square on Friday. As Ratikant identified himself as a 1999-batch CDS officer and threatened Dhananjay with dire consequences, the latter called the Nayapalli police.

The Nayapalli IIC rushed to the spot and detained Ratikant, who later confessed that he was a software engineer.

He told police that he had bought the vehicle from a potato trader and its ownership was yet to be changed. He had allegedly obtained a duplicate registration number by tampering with that of another vehicle.

On the basis of his statement, police are now on the hunt for the potato trader.