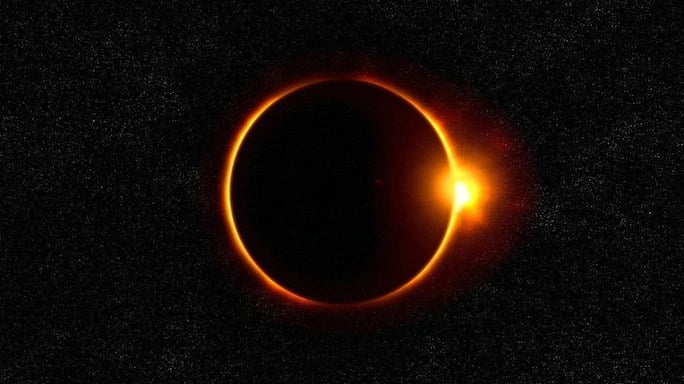 Bhubaneswar: The first solar eclipse of the year on Thursday will not be visible in Odisha or elsewhere in India.

“The next solar eclipse will be a partial one and it will occur on December 4. On that day too, the eclipse will not be visible in Odisha. The state will get to witness a solar eclipse on October 25, 2022,” informed Deputy Director of Pathani Samanta Planetarium, Dr Subhendu Pattnaik.

Here are some myths associated with a solar eclipse that have been busted by scientists:

#1 Myth: An eclipse tends to poison food prepared and eaten during the event.

Reality: Scientists in Kerala, which witnessed the eclipse at Chervathur, say it is perfectly safe to eat, drink and carry out daily activities during the eclipse.

#2 Myth: A total solar eclipse produces harmful rays that can cause blindness.

Reality: Scientists at NASA say this is not true. During a total solar eclipse when the disk of the moon fully covers the sun, the brilliant corona emits only electromagnetic radiation, though sometimes with a greenish hue. Being a million times fainter than the light from the sun itself, there is nothing in the coronal light that could cross 150 million km of space, penetrate our dense atmosphere, and cause blindness. They do, however, warn against watching the sun before totality. People will catch a glimpse of the brilliant solar surface and this can cause retinal damage, warn the scientists.

#3 Myth: Pregnant women should not watch an eclipse because it can harm the baby.

Reality: Scientists say this belief is related to the previous false notion that harmful radiations are emitted during a total solar eclipse. The electromagnetic radiation from the corona, seen as light, is perfectly safe, they assure.

#4 Myth: Another belief, and a classic one, is that eclipses are bad omens and harbingers of something very bad.

Reality: According to psychologists, this notion is related to what is called “Confirmation Bias” —We tend to remember all the occasions when two things happened together, but forget all of the other times when they did not.

#5 Myth: There are no total solar eclipses at Earth’s North or South Poles.

Monsoon Likely To Advance Into Odisha In Next 48 Hours; Know Rain Forecast For Today

No Remdesivir, Rational Use Of CT Scan & Steriods For COVID-Infected Children

Will Odisha Get To See Solar Eclipse on June 10?