Son Of Daily Wage Labourer To Join NASA As Scientist 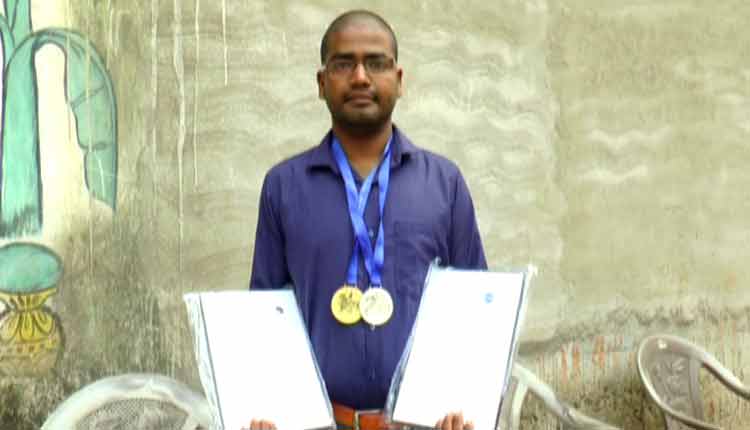 Jajpur: Stepping into NASA, the premier space agency of the world, is a dream that has remained unfulfilled for thousands who aspire to study the cosmos and do research on deep space. It take a lot of grit and determination to build a career there. And if you come from a humble background, the challenge becomes even more arduous.

But Hemant Ojha, the son of a daily wage labourer from Jajpur district, has proved everyone wrong. He is set to join the National Aeronautics and Space Administration (NASA) in the United States in March as a scientist.

“My happiness has been doubled than my hard work and struggle, after getting this news. I have a kin interest to do research on Aliens,” said Hemant, who grew up in Raichanda village in Dharmasala Block of Jajpur district.

By fulfulling his desire overcoming all odds, Hemant has proved that knowledge and acumen combined with strong resolve can help one beat poverty in path to success.  Hemant had trouble even getting admission into a college because of his family’s precarious financial condition. But his thirst for success knew no bounds. He took to tuition to fund his higher studies. He did his BSc in applied Mathematics at Ravenshaw College, Cuttack. He then moved on to IIT Madras from where he did his PhD in applied Mathematics.

In a competition, organised by NASA, his project on climate change and satellite message secured him first position, and caught the attention of the administrators there.

Hemant will has been asked to join NASA on March 13, 2019. “We are thankful to God that my son has achieved this. Hope he will bring laurels to our village and state,” said his father Arjun Ojha.