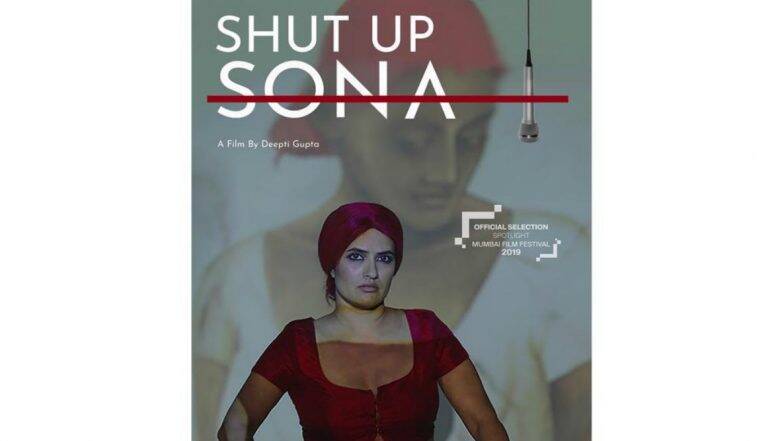 Singer Sona Mohapatra, known for her songs like “Amherasia” (Fukrey), “Jiya Laage Na” (Talaash), “Bedardi Raja” (Delhi Belly), has turned producer for a documentary film that traces her journey as a rock star and her music of protest.

“Directed by Deepti Gupta, “Shut Up Sona” is a 90-minute documentary that points a finger at today’s Indian society that is at odds with modern Indian woman. The film canvases Sona’s journey as a rock star, performer, her music of protest, #MeToo and more.

“Our film premieres at MAMI and is an official selection of the festival. A brave choice by them since this is an incendiary film which takes on the structural misogyny of the very industry and society I belong to,” said the ecstatic singer to Mumbai Midday. “Shut Up Sona” will be screened at the Jio MAMI 21st Mumbai Film Festival with Star on October 21, 2019. The MAMI (Mumbai Academy of Moving Image), is a public trust that organizes the annual international film festival in Mumbai known as Mumbai Film Festival (MFF).

“To start the journey at home, Mumbai India where I seek relevance and impact as an artiste, was a considered choice. I am over the moon for the world premiere on the 21st of October. We travel the world post this!” said Sona, the singer born in Cuttack and who studied engineering at CET (College of Engineering and Technology) Bhubaneswar.

“Talking about the film, Sona revealed “Three years ago, I decided to document my metaphorical strangulation as a female artiste on film and reached out to my best friend Deepti Gupta to set out on this journey to make ‘Shut Up Sona’. Most doors were shutting on me as a musician and I had to find a way to express myself as an artiste.” Sona had lashed out at singer Kailash Kher and composer Anu Malik with allegations of sexual harassment when the #Me Too movement had gained prominence in India.

Sona had also raised the hackles of the Odias when she had performed live a well-loved devotional song by Bhakta Salabega, by mispronouncing the words.