Sorry Skipper Kohli, Three-Match Final Is Not A Great Idea 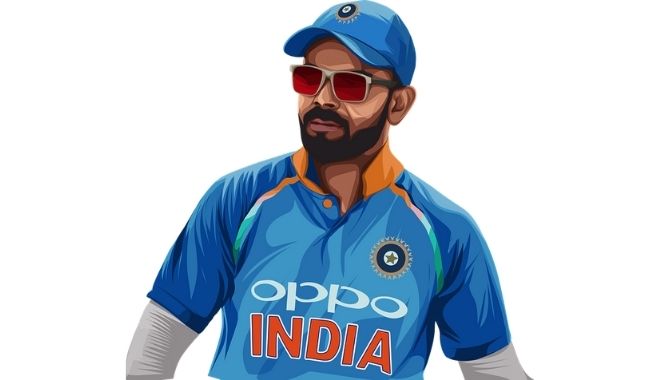 No Virat, the idea of a three-match world championship series is not a great one. At least not when it is played in English conditions. India’s defeat in the final was comprehensive. We were outplayed so badly that it is difficult to imagine two more Tests would have yielded a different winner.

Elsewhere in the world, barring New Zealand, such a suggestion wouldn’t be necessary. If at all there was one, it would have come from other teams, not India.

Their performance in the rain-ravaged encounter was hardly up to the great standards they have set in recent times. Missing here was the fight, the grit and the gumption that made them the second-best team in the world. A depleted, third choice playing XI was good enough to humiliate the intimidating Aussies on their home ground, yet their best eleven was no match for the less fancied New Zealand. Kane Williamson’s side turned out superior in every aspect of the game. It’s possible somewhere else the result would have been different, but that doesn’t take any credit away from the Kiwis. They were clinical. They oozed purpose and discipline, a trait that has been helping them punch way above their weight in recent times.

So what went wrong? Was it overconfidence? Was it poor reading of the conditions? Or was it deficient skills? It is easy to get wise in hindsight, but it was perhaps the combination of all three, more so the last two. An analysis of the Test is worth the exercise if we want to get future-ready, particularly for the upcoming Tests against England.

To begin, batsmanship was abysmal. Our batsmen have mastered playing on fast, bouncy wickets over the years. Raw pace bothers them much less these days what with a breed of new generation Indian bowlers clocking 140 km per hour speed consistently and as their show in South Africa and Australia suggests, they are as good or as bad at tackling bouncy pitches as their foreign counterparts. But their skills against the swinging and seaming ball remain suspect. This has been the case with our batsmen for a long time. That is one reason why England has not been a happy hunting ground for even our best.

In this match, it was not so much the ball swerving in the air that had them in knots as the ones moving after pitching. The latter requires exceptional control and accuracy. The pace quartet of the Black Caps was brilliant at it. They made every single ball a test of skill for the Indians. Such bowling also demands the virtue of patience from batters. Some of our top names were sorely lacking in it.

It was the best bowling combination available to us, said the Indian skipper after the defeat. Three genuine fast bowlers and two spinner all-rounders looked great on paper, at least on the balance aspect. This combination has delivered handsomely in the past, but was it the right one in England? A pathetic 12 wickets in two innings provides the answer. Why have two spinners on a pitch not appearing conducive to spin? New Zealand were on the money with their selection when they accommodated four seamers in their attack, none of them express fast bowlers but all good at making the ball move. In hindsight, on a wicket like this, Bhubaneswar Kumar would have been handy, but he was not even in the larger squad.

The fact that New Zealand handed a 1-0 defeat to the hosts England only a couple of weeks ago, should have sounded the warning bell in the Indian camp. Apparently it did not. Perhaps too much belief in the bowling unit after their recent success overseas was in play. The result: New Zealand batsmen were not tested enough. Small scores are defendable in such conditions, but our attack was not good enough. Horses for courses is a good approach. We should have focussed on the most potent combination instead of the most balanced.

Will the Tests against England be any different? Let’s keep our fingers crossed. Let’s hope the team has learnt its lessons from this match. Australia has been conquered. England remains the final frontier now.

As for Virat, one feels sorry for him. The skipper deserved the ICC trophy after the great effort over the last two years. The big chance may not arrive again.