No Fan Or Bed For Rhea Chakraborty In Byculla Jail, Actress Given Mat To Sleep On 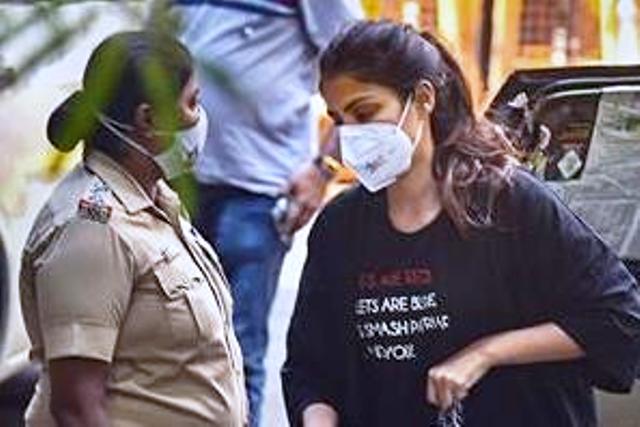 Mumbai: Sushant Singh Rajput’s girlfriend Rhea Chakrabory, the prime suspect in the actor’s death case, is currently under judicial custody at the Byculla jail in Mumbai.

According to a NDTV report, the actress has been put up in a single cell because of security concerns and there is no fan or bed for her.

Rhea has been provided with a mat to sleep on and the cell is guarded by two constables in three shifts, round the clock.

The actress’ cell is next to that of Indrani Mukerjea, the main accused in the alleged murder of her daughter Sheena Bora.

Rhea was arrested by the NCB on Tuesday for her alleged involvement in the drug nexus.

She had applied for bail in the Magistrate’s court and Sessions court, but both pleas were rejected.

Her brother Showik is also in judicial custody on charges of procuring and selling drugs.

Apparently, both Rhea and her brother used to procure drugs and consume it along with Sushant.

Sushant’s family members have alleged that the actor’s health deteriorated due to overdose of drugs and that Rhea is responsible for his death.

AstraZeneca Reveals Why Its COVID-19 Vaccine Was Halted