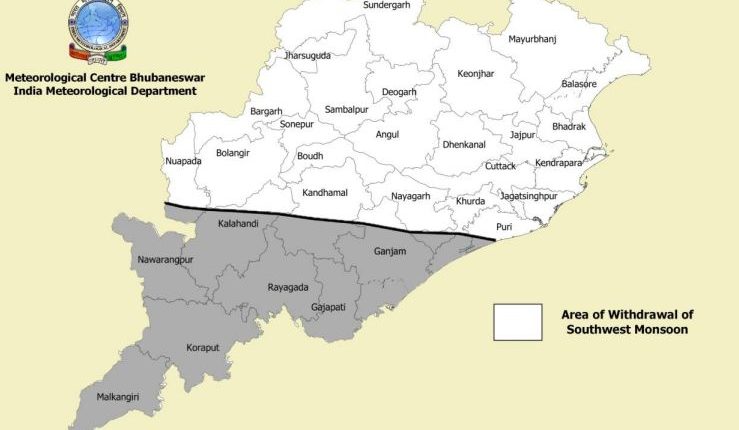 Bhubaneswar: The Southwest Monsoon has withdrawn from most parts of Odisha and is likely to pull out of the remaining areas in next two days, the India Meteorological Centre said on Thursday

Conditions are very likely to become favourable for further withdrawal of Southwest Monsoon from remaining parts of Odisha during next 2 days, the Meteorological Centre in Bhubaneswar said.

After a brief delay, the Southwest Monsoon had arrived in Odisha on June 16 after  advancing into some parts of southern region.