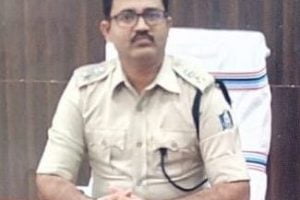 Jagatsinghpur: Police have refuted the allegation of the woman, who attempted self-immolation in Bhubaneswar on Saturday, that her son was murdered.

District SP R Prakash told the media that a case in this regard was registered at Tirtol police station on July 21 last year based on the written report of the deceased’s father Ramakanta Dash.

Ramakanta had mentioned that on the night of July 20, 2019, his son Amruta Kumar Dash and his friend Arun Pattnaik were returning to their houses on a motorcycle when they were hit by a speeding truck. They sustained critical injuries in the mishap.

On the allegation of Amruta’s mother Sulochana Das that the SP scolded her when she had gone to meet him on the issue, Prakash said it is unfounded. Following her complaint, Tirtol SDPO and two ASPs had conducted investigation. They submitted in their report to the court that it was an accident case.

Also Read: Another Self-Immolation Attempt In Bhubaneswar For Police Apathy To Alleged Murder