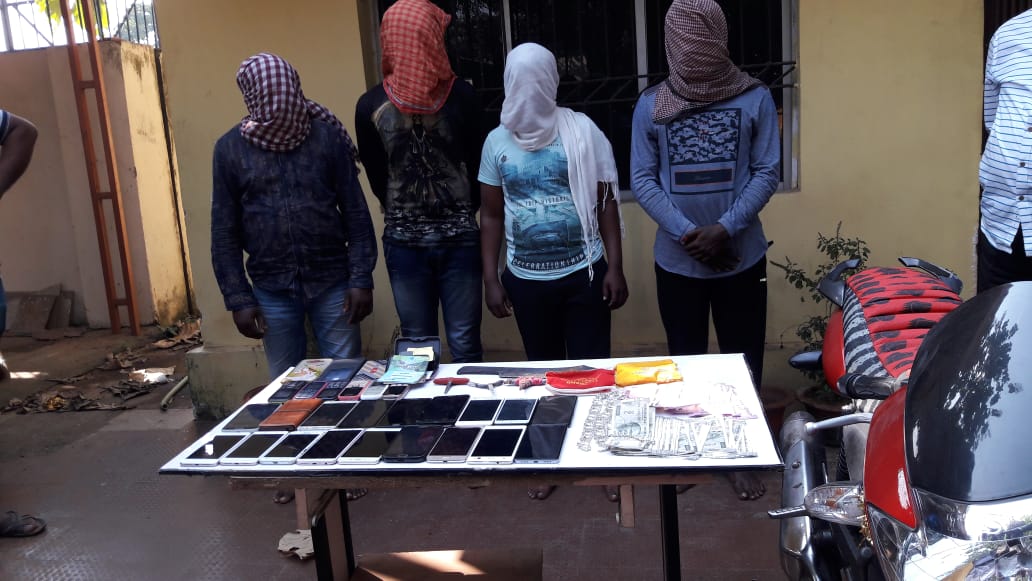 Bhubaneswar: A gang of four hardcore inter-district dacoits mostly from Jajpur and Ganjam area who are involved in many cases of Balasore, Bhadrak, Jajpur, Bhubaneswar and Khurda area were arrested on Monday from Bharatpur under  Khandagiri police limit. Their arrest was part of the special drive by the Special Squad against anti-social elements operating on the National Highway.

The accused persons have been identified as Siba Das (40), Tuna Das (23), Lakan Das (22) and P Raja (19). The criminals were mostly using speed bikes and were armed with daggers and tools used for opening locks etc. Their targets were lone commuters.
The ring leader is Siba Das.

As many as 25 mobile phones, Rs 40,000, three tools, one dagger, one bike and one scooty were seized from the gang.