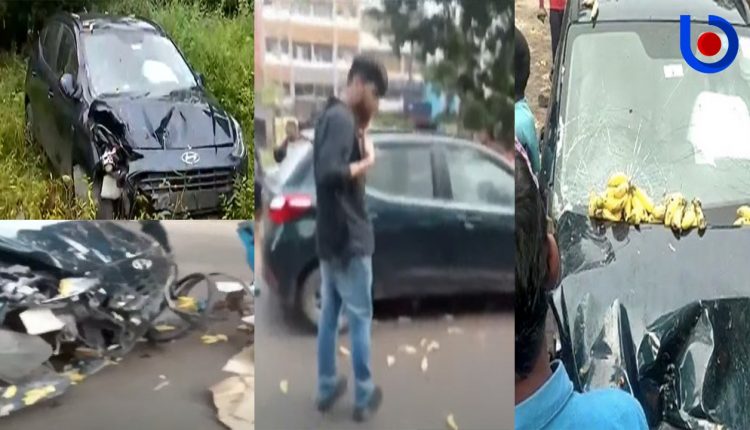 Bhubaneswar: Tensions erupted in Odisha capital on Sunday after a banana vendor was killed and two others were critically injured as a speeding car caused a series of accidents near Rajmahal Square.

The deceased has been identified as Bhajaman Rout and one of the injured as Kulamani Rout, both residents of Kendrapada district.

According to sources, the car dashed against an electric pole while heading towards Kalpana Square from Rajmahal Square this morning and then hit the trolley of the banana seller, who was thrown up 10 feet into the air and died while bleeding profusely.

The vehicle also hit a motorcycle and a passerby, leaving two men critically injured. They have been admitted to the Capital Hospital here for treatment.

Locals alleged that the driver, who has been identified as Saswat Mahapatra of Saheed Nagar, was in an inebriated state and this led to the accidents.

While police have started a probe into the incident, a relative of the deceased said that the government or the accused should provide financial assistance to his family. Bhajaman’s mother is a paralysis patient and his two daughters are aged one-and-a-half years and 5 years.