Spike In Google Searches For ‘Claustrophobia’ After Rhea Chakraborty’s Interview 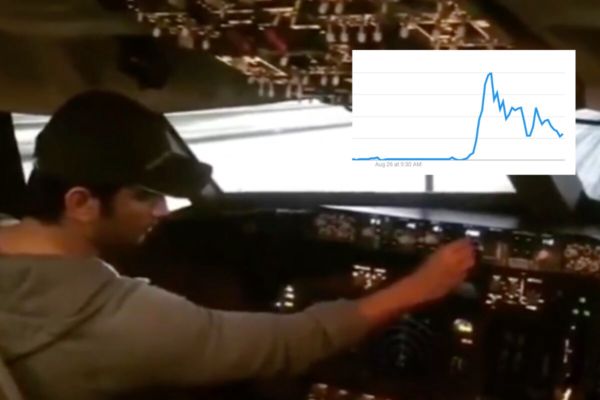 Mumbai: Google searches for the word ‘claustrophobia’ reportedly spiked in India after actress Rhea Chakraborty’s interview in connection with the Sushant Singh Rajput case on Thursday.

Prime accused Rhea, in an exclusive interview with India Today, alleged that the actor suffered from ‘claustrophobia’ during flights and took drugs to deal with it while flying to Europe.

In the last 24 hours, the highest number of searches for ‘claustrophobia’ was reported from Arunachal Pradesh, Nagaland and Manipur, according to a News18 report.

People have been also searching for ‘Modafinil’, ‘bipolar disorder’ and ‘uses of Modafinil in the treatment of claustrophobia’ — all used by Rhea in the interview.

Rhea stated that Sushant was taking drugs before they got into a relationship.

However, rubbishing Rhea’s claims, Sushant’s ex-girlfriend Ankita Lokhande shared a video on social media in which Sushant was seen flying a plane without feeling ‘claustrophobic.’

Along with the video, Ankita posted, “Is this #claustrophobia? You always wanted to fly and you did it and we all are proud of you.”

Is this #claustrophobia?
You always wanted to fly and you did it and we all are proud of you ? pic.twitter.com/5gc2sgyaEK