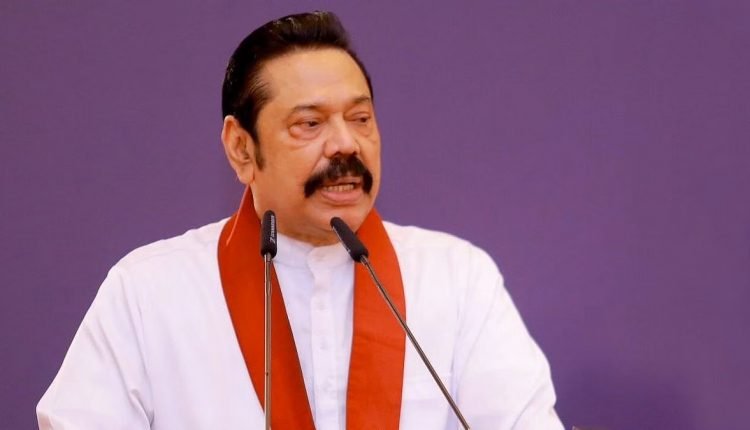 Colombo: Sri Lankan Prime Minister Mahinda Rajapaksa resigned from his post on Monday amid the worst economic crisis the island country has faced since Independence.

The Sri Lankan public had been making repeated calls for the resignation of Rajapaksa brothers as violent protests against the government intensified. Ten days ago, Gotobaya was reported to have agreed to remove his brother from PM’s chair.

Even on Monday, a violent clash erupted outside President Gotabaya’s office as pro-government groups reportedly attacked protesters, leaving more than 50 people injured. The government imposed a nationwide curfew and deployed army troops in the capital.

The PM took to Twitter to urge citizens to exercise restraint.

A few hours later, he put in his papers.

On Friday, President Gotabaya declared a state of emergency in the country for the second time in just over a month.

Thousands of demonstrators have been taking to the streets since early April as the country faces acute shortages of fuel, medicines and electricity supply, while prices of essential commodities have skyrocketed.

The crisis has been caused in part by a lack of foreign currency, which has meant that the country cannot afford to pay for imports of staple foods and fuel.