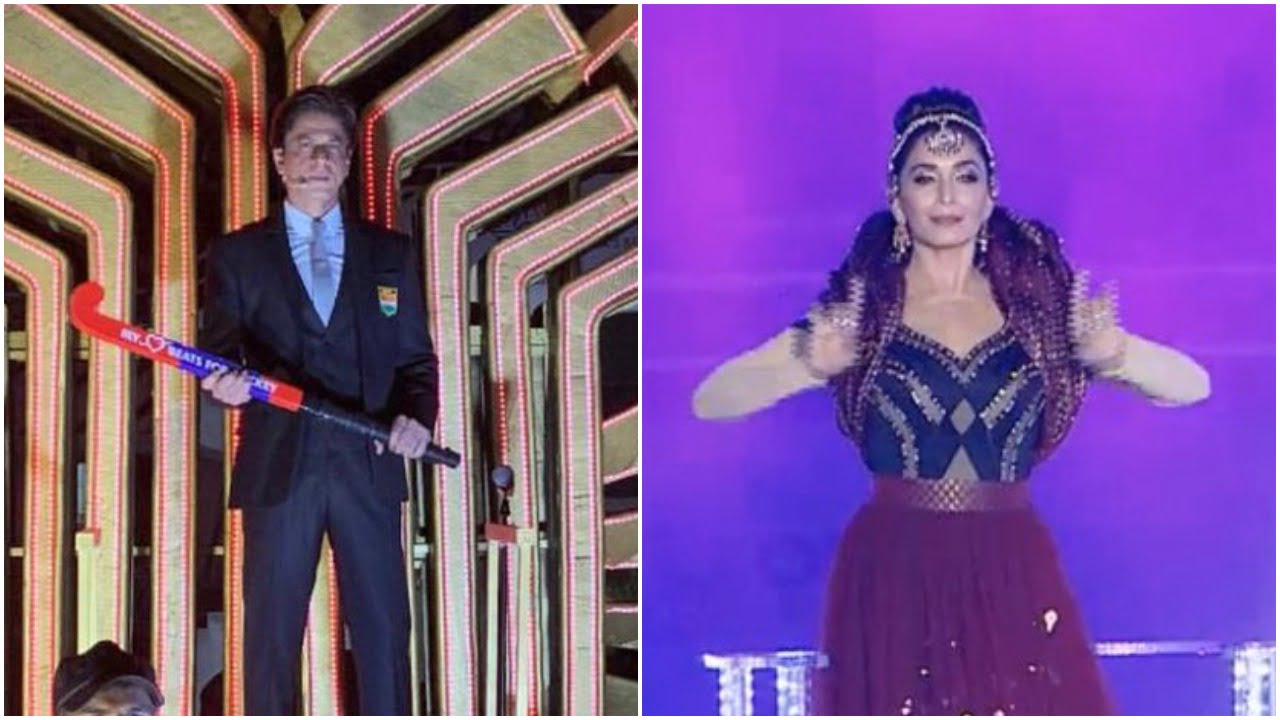 Bhubaneswar: Bollywood superstar Shah Rukh Khan and dancing queen Madhuri Dixit have expressed their profound thanks to Chief Minister Naveen Patnaik and the people of Odisha for their warm hospitality and immense love for them that they had shown during the grand opening celebrations of the Men’s Hockey World Cup at Kalinga Stadium in Bhubaneswar on Tuesday evening.

Thank u Odisha for all the excitement, love & the grand beginning to the World Cup Hockey. @naveen_odisha it was lovely to meet u sir. To all the players have a great tournament….& yes..Chak De India! pic.twitter.com/bQ2BajiG7O

The Bollywood actor has also wished the Team India to come up with a stellar performance on their home turf.

In her tweet, Madhuri has also thanked the people of Odisha for their immense respect and love and thanked the Chief Minister for taking a leading role in organising the event in a grand manner.

Thank you #Odisha for all the love and affection and respected CM @Naveen_Odisha for the Grand opening and all the best to the Indian hockey team. Go INDIA?? https://t.co/lafinZFOb6

The dancing star has also wished the Team India all the best and encouraged the players to display their consummate skill in the mega event.