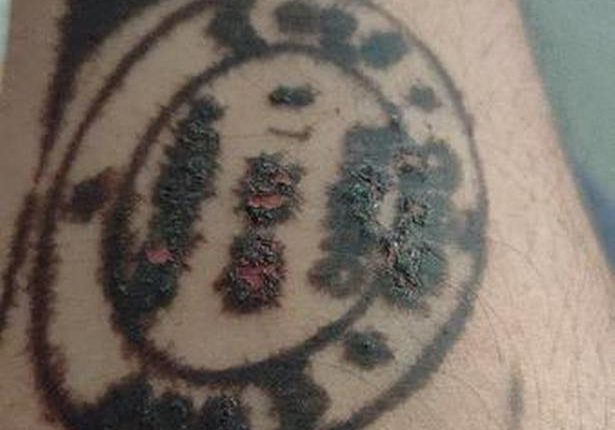 Bhubaneswar: Passengers being stamped with indelible ink upon arrival at the Biju Patnaik International Airport here are complaining of infection and blistering on inner right forearms, reported The Hindu.

Odisha has made it mandatory to stamp on right forearms the date of arrival in the wake of COVID-19 to keep a tab on people.

Many people took to social networking sites posting pictures of their scalded skin.

“Upon return at Biju Patnaik Airport at Bhubaneswar I was stamped for quarantine. I have an infection with a painful breakout. The ink is of extremely bad quality and does not seem to be made for tropical use. Improve this situation, please,” said Sristi Ray. She had uploaded the photograph of her forearm. Sristi had arrived at Bhubaneswar on June 10.

“I am a returnee from Pune, Maharashtra on June 7 via New Delhi in a connecting flight to Bhubaneswar. At Bhubaneswar Airport they marked all the passengers with this stamp. I think the ink contains some acid content which resulted in skin burning after one day,” The Hindu reported another traveller, Prakash as saying.

A similar complaint was registered by Rajesh Kumar, who landed in Bhubaneswar on June 5. “I reached Bhubaneswar Airport from Bengaluru. They stamped a quarantine stamp on my right hand. The ink they are using is very harmful, my skin got infected within just 12 hours,” said Kumar.

Giving a clarification, the airport authorities said that they had nothing to do in the matter as it was the State government, that had been putting the stamp on passengers from the first week of May

The Bhubaneswar Municipal Corporation, the nodal agency for stamping the passengers, failed to give any convincing answer, reported The Hindu.

“The indelible ink mark is expected to last for three days when applied on the skin, but lasts for a few weeks on the fingernail till finger grows out. The indelible ink mark has high alcoholic content and it will dry out immediately. Stamping opposite side of the palm will not last more than 72 hours and the stamping required huge quantity of indelible ink,” reported The Hindu quoting a letter by Singh.

As a result of this outrage, people are now being stamped on the inner side of the right forearm. There had been similar complaints about blisters on forearms from Mayurbhanj district, The Hindu reported.