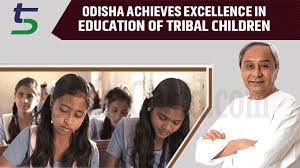 Bhubaneswar: Odisha has become the first state in the country to receive International Organisation for Standardisation (ISO), certification for hostels meant for tribal students, reported NDTV.

An official reportedly said the ‘Mission Suvidya’ project was earlier launched by the (Scheduled Tribe And Scheduled Caste) ST and SC Welfare Department. It guarantees to provide all the tribal hostels with state uniform standards of infrastructure, amenities, and human resources. It provided an adaptable atmosphere to all the inmates in a phased manner. “Odisha becomes the first state in the country where ISO certification has been given to tribal hostels,” he added further.

“… Comprehensive assessment and evaluation of all hostels under the department were conducted with the objective of improving the standard and quality of the hostels to lead them to achieve ISO 9001:2015 certification,” NDTV quoted an official release as said.

The audit team for certification visited 32 hostels of Keonjhar and 12 of Sambalpur for final assessment, in March. According to the reports, 60 out of 156 hostels of Keonjhar and 12 out of 90 hostels of Sambalpur were selected for intensive interventions. All the 44 hostels were awarded ISO certification on clearing the assessment parameters. Followed by the lifting of lockdown and the restoration of normalcy, the remaining hostels shall be assessed.

Odisha: Burla Areas Under Containment After Surge In Corona…