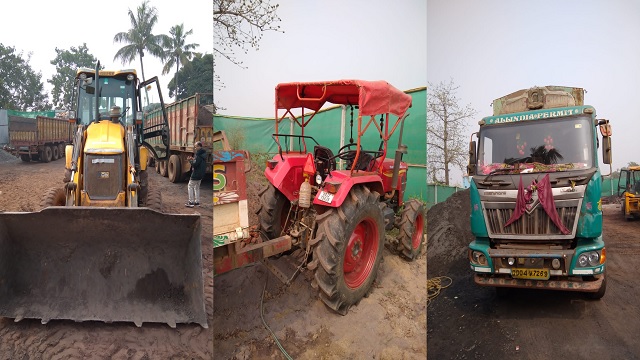 Bhadrak: The Special Task Force (STF) of Odisha police seized huge quantities of illegal chromite and coal at Puripada under Bhandaripokhari police limits in Bhadrak district on the intervening night of Wednesday and Thursday.

A raid was conducted on the basis of a tip-off regarding cargo theft and storage of huge quantities of illegal chromites and coal. Four persons, Biswajit Nayak of Bambilo village in Jajpur, Amar Sahoo of Raigul village in Dhenkanal, Anil Sethi of Kankana village in Dhenkanal, and Bijaya Shankar Mohanty of Fatehpur village in Bhadrak, were arrested in this connection.

Around 330 tons of chromite and 15 tonnes of coal were seized from the stockyard run by Bijaya. Two 20-wheeler trucks, a JCB machine, a tractor and other incriminating materials were also seized from the spot, an official release said.

While a case has also been registered under Sections 379/411/120(B) IPC, the accused were forwarded to the Judicial Magistrate of First Class (JMFC) court, Bhadrak.