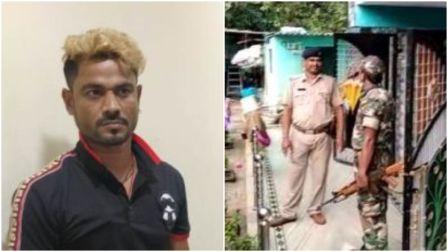 The five-member team led by an additional SP raided Raja’s paternal house around 10.30 am and interrogated his wife Priya Biwi, mother-in-law and niece about his foreign links. They also verified several documents.

The team had also inquired into Raja’s drug trade during its stay at Sahadevkhunta in Balasore town on Saturday night.

Crime Branch had arrested Raja in Bhubaneswar on September 15 and seized a 7.65 mm bore pistol, bullets, Rs 1 lakh in cash, six mobile phones, some ATM cards and other incriminating materials from his possession.

On September 18, the Additional District and Sessions Court, Bhubaneswar had allowed the Crime Branch to took the drug mafia on a seven-day remand.

Preliminary investigation has revealed that Raja supplied drugs to his customers Chhota, Sanju, Paku and some others in Khurda district. He is also involved in narcotics trade in other places in Odisha, West Bengal, Goa and Rajasthan.

While investigators have found Raja’s link to Nepal, his link to Bangladesh is under investigation.