Storm Brewing In Bay: Four Districts On High Alert As Odisha Gears Up To Tackle Another Cyclone 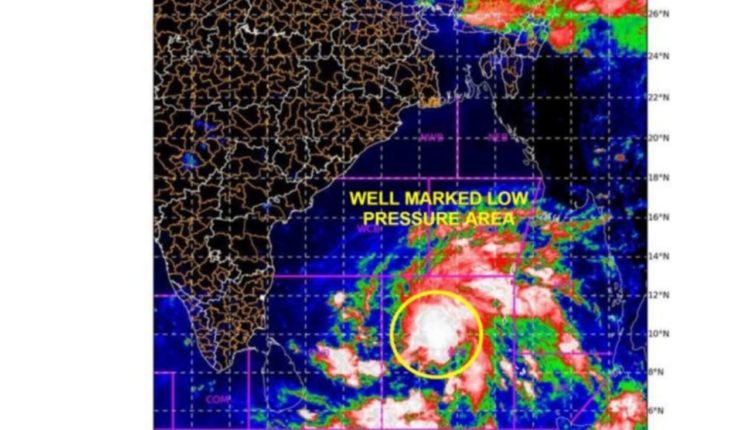 Bhubaneswar: In view of the impending cyclonic storm over Bay of Bengal, north-coastal districts of Jagatsinghpur, Kendrapada, Bhadrak and Balasore have been put on high alert.

Leaves of all government employees in these four districts have been cancelled and the roster duty for COVID-19 lockdown has been suspended till further notice, the SRC said after attending the preparatory meeting here on Monday.

Jena said that the northern region of the state is likely to be more affected due to the possible cyclone, but the collectors of another eight districts have been asked to remain prepared for the worst.

“The temporary medical camps within 3-km radius of the sea will be rearranged,” he said

Since the existing cyclone shelters are being used as quarantine centres, Jena said that the district administrations have been directed to make alternative arrangements.

He said that different department have been assigned additional duties, which includes alerting farmers to preserve Rabi crop in mandis, management of water levels in irrigation projects, drinking water management and handling of COVID-19 patients or suspected cases in high-alert districts.

“We do not know where the cyclone will hit, but it is expected to make landfall either in West Bengal or Bangladesh. Therefore, NDRF, ODRAF, Odisha Police and Odisha Fire services have been asked to remain alert and take necessary pre-emptive action,” he said.

Fishermen have been cautioned against deep-sea fishing and those at the sea asked to return to the shore by May 17, he added.

The India Meteorological Department (IMD) said the well marked low pressure is very likely to concentrate into depression over central parts of south Bay of Bengal today and further intensify into a cyclonic storm by May 16 evening. It is likely to move northwestwards initially and then re-curve north-northeastwards towards north Bay of Bengal during May 18 and 19.

Cyclone Amphan: Heavy Rain Alert For Odisha Coast On May 18 & 19