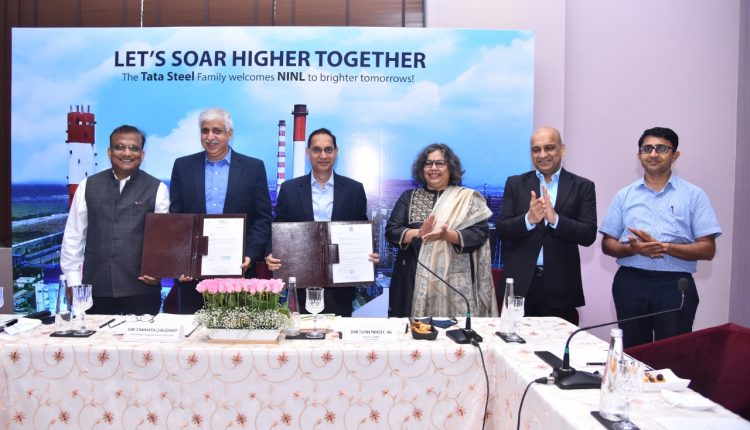 Bhubaneswar: The strategic disinvestment of Neelachal Ispat Nigam Limited (NINL) was completed on Monday with the transfer of shares of its partners to Tata Steel Long Products Limited (TSLPL).

According to a press release of Ministry of Finance, 93.71% shares of NINL’s joint venture partners (four CPSEs and two Odisha Government PSUs) was transferred to the strategic buyer, TSLPL. With this, TSLPL’s take-over of NINL is completed.

The enterprise value of Rs 12,100 crore paid by the TSLPL has been utilised in tune with the Share Purchase Agreement (SPA) for settlement of dues of employees, operational creditors, secured financial creditors and sellers (operational and financial dues) and for equity of selling shareholders in consonance with the SPA.

Following approval of the highest price bid of TSLPL on January 31, the Letter of Award (LoA) was issued to the winning bidder on February 2. The share purchase agreement was signed on March 10.

Thereafter, TSLPL, NINL and the six selling shareholders worked to fulfil a set of conditions, including certification of operational creditors’ dues, employees’ dues, sellers’ operational dues and sellers’ financial dues, as defined in the SPA.

Support To Startup Ecosystems: Odisha Among Top 4 Performers; Excels In 3 Reform Areas Too