Student Duped On Pretext Of Admission In Odisha’s Nabarangpur 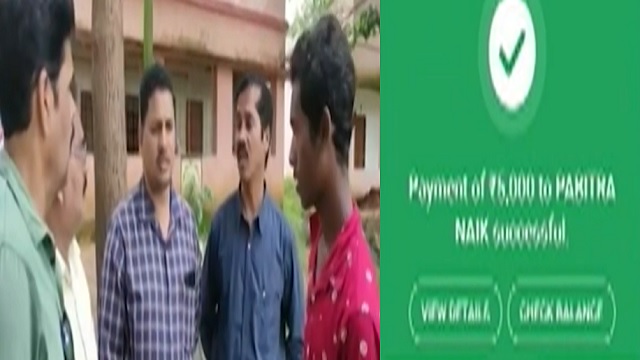 Nabarangpur: A Plus II passout of Karagam village under Umerkote block in Odisha’s Nabarangpur district has allegedly been duped of Rs 5,000 on the pretext of admission.

According to sources, the student, identified as Rupesh Batra, had applied for Plus III with History honours at Pendrani Mahavidyalaya. He received a call from a fraudster on September 8, who posed as an employee of the college and asked him to pay Rs 5,000 saying that it was the last date for payment of the fee for admission.

Fearing that he might lose his college seat, he paid the amount to the alleged fraudster through online mode. Once the admission procedure was over on September 11, he went to the college the following only to find that his name was missing from the list.

The college authority told Rupesh that an intimation letter was sent to him but he failed to appear for the admission procedure.

“I received a call on September 8 at 7 pm and he asked me to pay Rs 5,000. His name showed as Pabitra Naik on Truecaller. I told him that I will complete the admission process in college only, but he insisted that I make the payment since it was the last date. I paid him the amount and sent him all documents,” he told the media.

Rupesh got to know that he had been tricked after reaching college.

“Rupesh was selected for admission to Umerkote college which we learnt after checking his intimation letter. As the admission process is over now, we are trying to accommodate him during the spot selection,” told a college authority.

You Could Have Cancer Without Any Symptoms; A New Blood Test Shows, Says Study

Aryan Khan Slays In New Ad, Dad Shah Rukh Has This To Say