Sushant Singh Death: Why Byomkesh Bakshy Would Find Brouhaha Over It Revolting 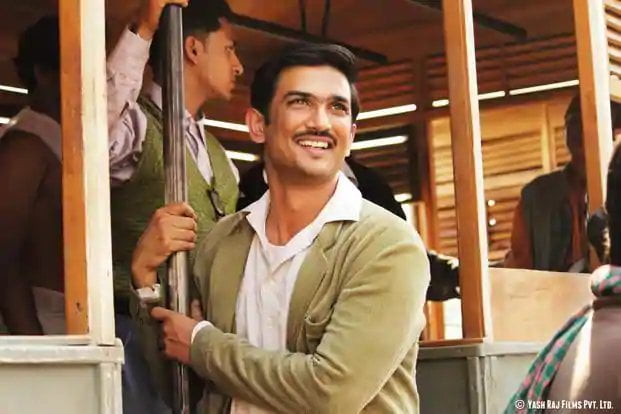 ‘Satyanweshi’ Byomkesh Bakshy, the iconic detective in Sharandindu Bandopadhyay’s literary works, would love to sink his teeth into the actor Sushant Singh Rajput death mystery. If not as moral responsibility for Sushant, who essayed his character brilliantly in the eponymous 2015 film, then for the sheer challenge the case presents. With the mystery deepening with every primetime debate on television, and sources providing twists and turns on a daily basis, it’s a fit case for him to probe.

By now, we have more than everything that goes into the making of a masala-packed detective story — high-profile people, a suicide which is possibly a murder, a suspect, money, drugs, poison, device that temporarily paralyses people, gangs of the cinema world, parties, politicians, police on a cover-up mission, inter-state politics, a scheming woman, a distraught family seeking justice, dicey friends, the dark web, a woman taking on the big, bad world of filmy folks, foreign land, a divided media, many probe agencies…phew! it’s quite a lot already.

To spice it up, we have a nice touch of the supernatural. Ghosts and witchcraft have found a place in the frame. It appears, going by some accounts, Sushant saw ghosts, in his flat, which he vacated, and in a hotel in Europe too. Why, we even had a man who speaks to ghosts regularly. Sushant apparently spoke to him and said a few things, but not about how he died. Had Chicago-based paranormal activity expert Steven Huff spoken to his spirit a few more times, he would have ended up with the name of the killer/s. Intriguingly, the people who asked him to contact Sushant in the netherworld did not pursue the matter.

Any new addition to the story must be more creative than the previous one. What we seem to be missing is an ISI angle to the death. Also, the Chinese have not been discussed. Shape-shifting creatures, double-headed monsters and the old reliable nagin may come checking sometime. In the anything-goes-media everything is possible. Don’t be surprised if a ‘source’ tells the media at some point that their sources told them about a shadowy woman in a hood seen slinking out of his flat in the morning of June 14. It would kick off a fresh round of media frenzy. And the country would stay hooked. In the anything-possible-world only audacious imagination delivers the kick.

Boymkesh, the no -nonsense detective, would find all this hilarious, yet surely would be perplexed by the psychology of people. He would be surprised at how easily doubts could be planted in their heads, how quickly they would buy wild theories and how callously they would overlook facts to justify their biases. A character of the 1930s, he would be at a loss grasping the power of infotainment in this century and how it can make people forget existential problems such as a pandemic, job losses and whatnot.

Who is the real winner, he would wonder, in this all-out, no-holds-barred fight between Rhea Chakraborty and the family of Sushant. The former has been vilified enough by a section of the media. According to public perception, a creation of a sustained campaign, she is guilty of if not murder then of abetting suicide. Or, at least driving him astray. However, the collateral damage to the family of the actor has been substantial if not equal too. Dirty details about his near ones have started emerging. Rhea alleged one of the sisters of getting drunk and groping her. A discussion on television revealed one sister being part of parties where drugs were probably consumed. There are hints that not all was hunky-dory between Sushant and his family, say reports. All of this maybe false, but they certainly rob the family of the dignity it deserves.

Byomkesh would find the disrespect to the memory of the dead actor revolting. The media say he was an intelligent man with varied interests. They also say he was so naive that he had no inkling that he was being fleeced by his girlfriend and his family. A person who struggled his way up in Hindi cinema and proved himself was deeply upset at the simple fact of not being invited to filmy parties. It now emerges that he and his friends could have dabbled with drugs. The revelations, even if they are with no merit, does no good to the memory of the man, whom the world would like to remember as a fine actor and an amiable young man whose life ended too early.

So, he would wonder, who is winning if the central players on both sides are losing in terms of respectability, and even credibility? Well, he would need to understand the TRP game in television media better to unravel that. Also, he would need to find out people with little connection to Sushant who are enhancing their public profile by clever use of his death.

When he discovers the ugly reality that the brouhaha over Sushant’s death is not about Sushant at all, but about something else, Byomkesh would recuse himself from the whole matter.

When Akshay Kumar Had Elephant Poop Tea; The ‘Khiladi’ Shares Trailer Of ‘Into The Wild With Bear Grylls’