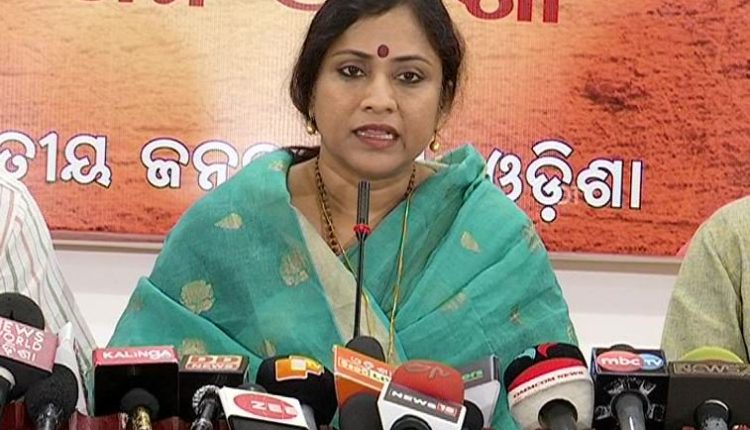 Jajpur: BJP on Monday alleged that the Dharmasala MLA, Pranab Balabantray, and his relative were behind a man-made breach of an embankment of Kelua river in Jajpur district.

The allegation came two days after unidentified miscreants blew off a portion of the embankment at Ramapur in Dharmasala block.

Speaking to the media on Monday, BJP State General Secretary Lekhashree Samantasinghar alleged that Balabantray and his uncle Naren Jena, who is a junior engineer, deliberately breached the embankment by blowing it off with dynamites. As a result, more than 5,000 families in riverside villages have lost their livelihoods, the BJP leader added.

Stating that the “Mama-Bhanja duo of the Mahabharat” is now in the BJD, Samantasinghar demanded a judicial probe into the incident.

There was no reaction either by the local MLA or his uncle to the allegation till reports last came in.

On his part, the Engineer-in-Chief of Water Resources, Jyotirmay Rath, told a media briefing that the breach in the embankment between Ramapur and Bruddhalinga villages was man-made.

Rath informed that the Jajpur district administration has ordered a probe into the incident.

Following the breach in the embankment, the assistant engineer of Jaraka Irrigation Division, Kamadev Das, had lodged a complaint at Dharmasala police station.

In his complaint, Das said the embankment was blown off by some miscreants using dynamite. He also said the people living near the embankment heard a loud bang around 10 pm.

He further said the embankment was constructed at a cost of Rs 14 crore and was strong enough to withstand heavy flow of floodwater.

Police registered a case in this regard on Sunday and launched an investigation. However, no arrests have been made so far.

Sushant Singh Death: Why Byomkesh Bakshy Would Find Brouhaha Over It Revolting