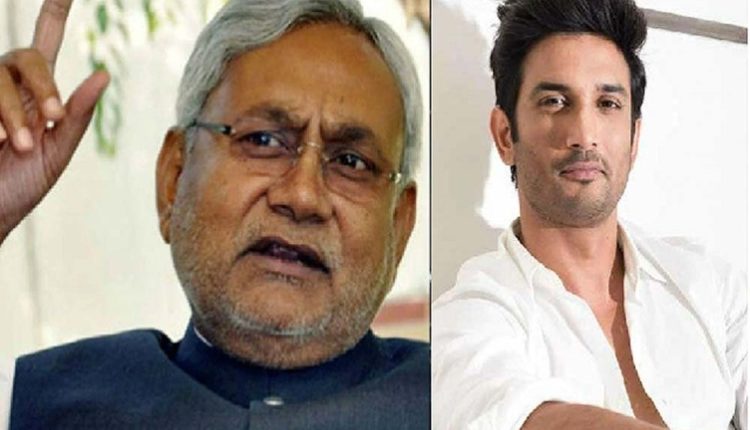 According to The Indian Express report, Bihar DGP held a meeting with Sushant’s father KK Singh on Tuesday morning and the latter gave his consent for CBI probe in his son’s suicide case.

After getting Singh’s consent, the Bihar government recommended the actor’s murky suicide case to the CBI.

Speaking about the same, Bihar CM Nitish Kumar told news agency ANI, “The DGP spoke to Sushant Singh Rajput’s father this morning and he gave consent for CBI inquiry. So now, we are recommending CBI probe in the matter.”

However, reacting to the order for CBI inquiry in the case, accused Rhea Chakraborty’s lawyer Satish Maneshinde stated that Bihar government recommending the actor’s case to CBI has “no legal sanctity” as the incident took place in Mumbai.

“There can’t be transfer of a case which had no legal basis for Bihar to get involved. At most, it would be a ‘Zero FIR’ transferable to Mumbai Police. Transfer of a case, on which they had no jurisdiction, to CBI has no legal sanctity,” Maneshinde told ANI.

After Sushant’s father filed an FIR against Rhea in Patna, the Bihar government sent a team of four police officers to Mumbai for investigation.

Later, the Bihar government sent IPS officer Vinay Tiwari to supervise the ongoing investigation in Mumbai, but the officer was forcibly and selectively “quarantined”, as per media reports.

Speaking on the issue, Mumbai police commissioner Param Bir Singh had said that the Bihar officer was being quarantined as per the rules of the Brihanmumbai Municipal Corporation for a domestic traveller.

When asked about Sushant’s case, the commissioner, as quoted in The Indian Express said, “The law is very clear on this. Whenever a cognizable offence is registered, the local police is duty bound to register it. However, if the scene of crime is not under that police, a zero FIR is registered and the case is transferred to the police station under which the incident took place. The Bihar Police team approached us saying they wanted some documents pertaining to the case. We do not know how you can investigate a case outside your jurisdiction. We are taking legal opinion. When we get any complaint from another state we register it and transfer it to that state. We do not investigate it.”

“Since the scene of crime is outside their jurisdiction, we have asked Bihar Police to give us a clarification as to under what section and provision they want to investigate the case,” he added.