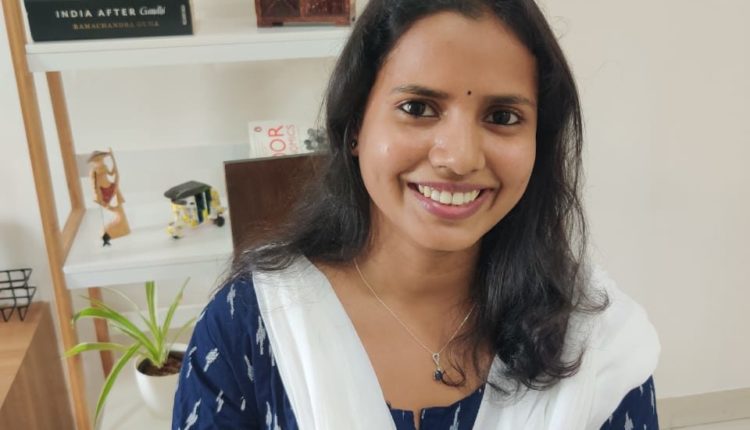 Bhubaneswar: How often have you heard of someone dreaming about his/her child becoming a collector? It might sound commonplace. But it seems to have turned prophetic, at least for Sanjita Mahapatra.

“In small towns, we would often hear parents say our daughter/son will become a collector. Perhaps that stayed with me,” she had told the media after cracking the OAS exam in 2018.

More than 19 months after she had revealed this Sanjita took a big leap towards her and her parents’ dream of becoming a collector by securing the 10th rank in the All India Civil Services, the results of which were announced on Tuesday.

“To translate the UPSC dream into reality is tough. It requires loads of patience. There would be times when you might feel you cannot make it. But you have to stay determined and focused,” said an elated Sanjita, who hails Odisha’s Sundargarh, in her reactions.

In a video released by her, Sanjita advised aspirants not to imitate anyone and follow a study pattern that suits them. “I had no daily timetable. I had monthly targets on which all subjects to complete. Every night, I would evaluate whether I was on the right track to achieve that target,” she said.

Talking about the viva, she said that it lasted for about 30 minutes. “We had attended it by wearing a mask and face shield and maintaining social distancing. I was asked about the issue of migration amid the COVID-19 crisis, the status of women, child labour and how to develop Puri into a global tourist destination,” she said.

The written examination was held in September 2019, and the interviews for Personality Test held in February-August, 2020.

She attributed her success to her parents, school, husband, in-laws and friends, who had believed in her.  Besides, she also thanked SAIL, which she had joined in 2013 and worked in Rourkela Steel Plant till March 2018. She had then quit her job to prepare for civil services exams.

“It is a baby step toward a career, which I always wanted to pursue. I hope I will be able to achieve the objective of serving the society because of which I opted for this sector,” she said.
Sanjita MahapatraUPSC
Share FacebookTwitterGoogle+ReddItWhatsAppPinterestEmail