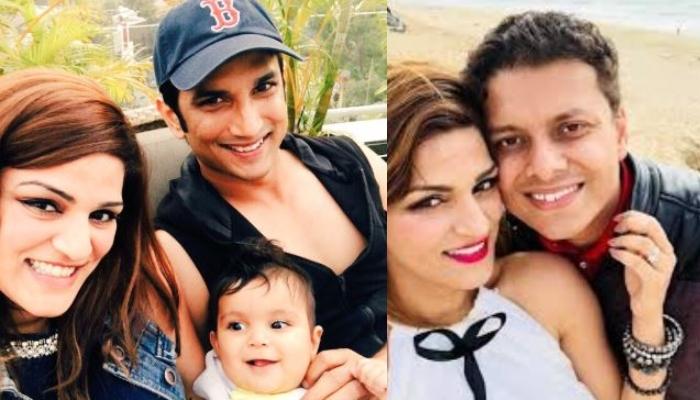 New Delhi: Sushant Singh Rajput’s brother-in-law Vishal Kirti on Friday revisited the fateful night when he had received the news of the actor’s tragic demise.

On his social media handle, Vishal wrote that their lives can never be the same again. They are still struggling to cope up with the loss of their dear one.

“Emotions are still high and eyes are still watery. What was taken away from us that night is hard to express in words. Our lives will never be the same again. However, we hope that an unbiased investigation would shed light on what transpired and perhaps give us some closure so that we can focus on cherishing his memories instead of always wondering what exactly happened with Sushant and why he could not be saved. Hence, my appeal to everyone is to keep pressing for truth so that not only us but all of Sushant’s supporters and well-wishers can find peace,” he wrote in his blog.

He also revealed how tough it was to break the news of Sushant’s demise to his wife Shweta Singh Kirti and see her cry over the phone.

Describing the fateful night, Vishal wrote, “We were fast asleep on the night of 13th June which was a Saturday night in the US and Sunday (14th June) afternoon in India… The dreadful calls started coming in at around 2 am PST (2.30 pm IST). The phone was away from the bed and of course, I had no idea who was calling and why continuously, but I could hear the non-stop vibrations. Annoyed, I got up to check and at that moment, the world came tumbling down. Before I talked to anyone, I read the text messages which were flashing on the screen.”

“Many people including family members were trying to reach us and many friends were asking if the news was fake. I checked the news and was horrified to read that Sushant had allegedly taken his life. I ran over to Shweta’s phone on the other side of the bed and noticed a plethora of missed calls and text messages on her phone as well. And that’s when I did one of the toughest things I have had to do in my life, break the news to Shweta. I cannot forget her reaction and her first conversation with Rani Di. It broke my heart to listen to them crying on the phone and that night changed our lives forever,” he added.

He also shared how they struggled to book a flight ticket to India the next day amid the ongoing pandemic.

“Eventually, with the help of friends in the Bay Area, we found one seat for Shweta on a San Francisco-Delhi flight on the 16th of June. The morning was even more challenging since we had to break this news to our children, Sushant’s niece and nephew,” wrote Vishal.

He ended his blog by sharing a picture of Sushant and him and wrote, “Always smiling, always compassionate, that’s the memory I have of him.”