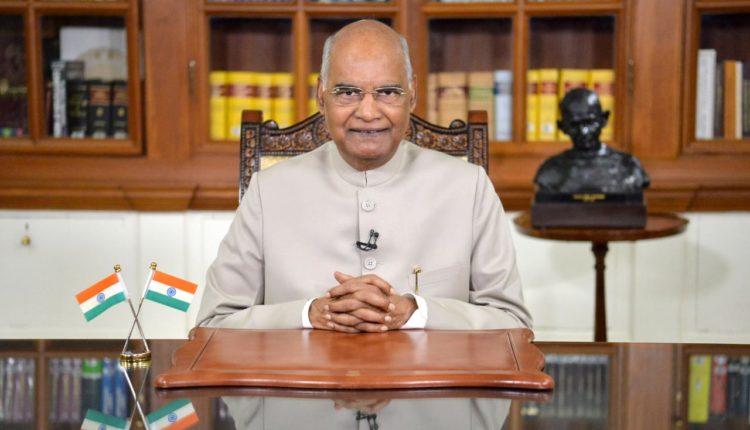 New Delhi: President Ram Nath Kovind, addressing the nation on the eve of the 74th Independence Day, said celebrations this year will be restrained due to the coronavirus pandemic which has “altered the world we live in.”

The President heaped praise on healthcare professionals who are the frontline in India’s battle against the deadly virus and said the nation is “indebted to doctors, nurses and other health workers.”

As a mark of appreciation to those at the frontline, 25 COVID warriors have been invited to the ‘At Home’ ceremony to be hosted by President Kovind at Rashtrapati Bhawan on August 15.

Speaking on the Galwan Valley face-off in the Ladakh area of LAC, in which 20 Indian soldiers were killed in a skirmish with Chinese troops two months ago, the President saluted the “brave soldiers” who laid down their lives defending our borders.

“Those worthy sons of Bharat Mata lived and died for national pride. Their bravery in combat has demonstrated that while we believe in peace, we are also capable of giving a befitting response to any attempt of aggression,” he said.

President Kovind termed the construction of Ram Temple in Ayodhya as a “moment of pride for all”. He also said that the National Education Policy 2020 will “strengthen the culture of ‘Inclusion’, ‘Innovation’ and ‘Institution’ in the sphere of education.”