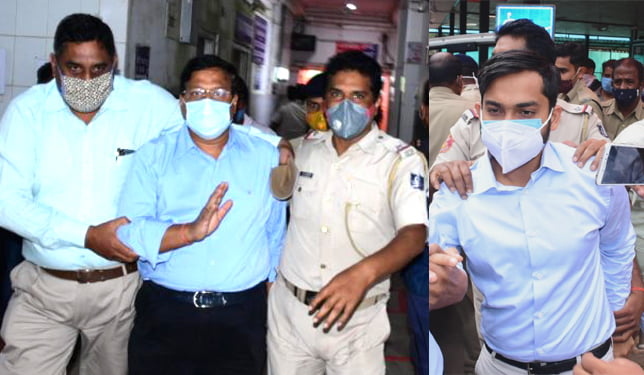 According to sources, Abhay Pathak will be grilled in only one case while his son Akash will be quizzed in two separate cases of fraud.

The SDJM court had allowed police to take the father-son duo on a day remand on Thursday following an appeal to summon them for further questioning in the three fraud cases registered against expelled BJD leader and Gopalpur MLA Pradeep Panigrahy.

On December 24 and 31 last, Panigrahy was charged with cheating job aspirants on the promise of providing employment in Tata Motors. Following which, Golanthara police station also booked the Pathaks in connection with these three cases.

While Panigrahy was produced at the city SDJM court last week and sent to Jharpada jail, the Pathak duo was remanded to the Circle Jail till February 13.

The suspended IFS officer and his son were earlier arrested in November last year by the anti-corruption wing on charges of accumulating massive wealth disproportionate to their known source of income.

They were granted bail two months later by ‘default’ due to the non-submission of the charge-sheet by the Vigilance.

Kharge To Replace Azad As Leader of Opposition In Rajya Sabha, Says Congress