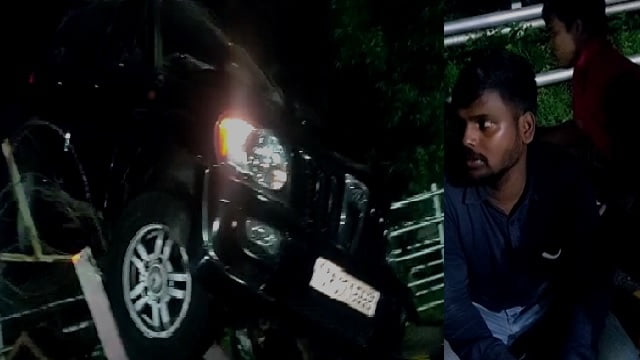 Bhubaneswar: An SUV rammed into a road barricade at PMG Square in Odisha capital late on Wednesday.

Under the impact of the collision, the vehicle, which was heading towards Odisha Legislative Assembly from Master Canteen square, was thrown to a height of 10 feet and later got stuck in the barricade, sources said.

The driver and another occupant were rescued by police. They sustained minor injuries in the crash. The driver was reportedly driving the vehicle in an inebriated state, sources added.

The duo was taken to Capital Hospital for treatment and later detained for questioning.

According to media reports, the SUV belongs to an MLA.

6 More Die Of COVID In Odisha; 2 From Bhubaneswar