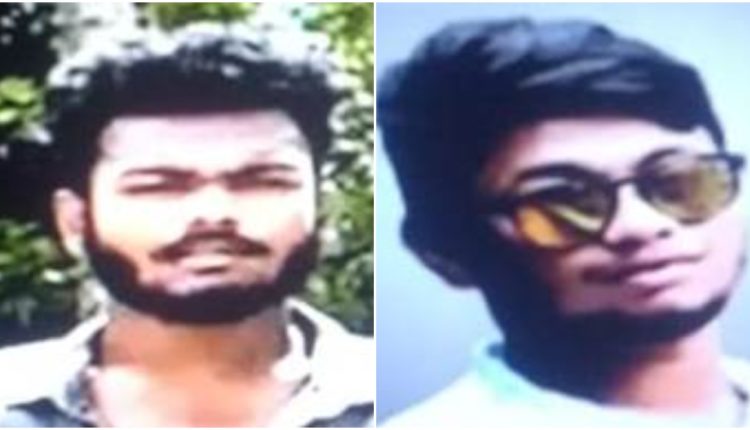 Bhubaneswar: Eight days after the brutal murder of a sweet stall owner in Samantarapur area in the city, a special squad of the Commissionerate Police on Monday arrested three accused, including a contract killer, from Tumudibandha in Kandhamal district.

Police Commissioner Sudhanshu Sarangi told the media that the special squad led by the Bhubaneswar ACP Promod Satpathy arrested the prime accused Shritik Biswal and his associate Ashutosh Mohanty. One Abhijit Sahu was also arrested for allegedly helping Shritik and Ashutosh to hide at Tumudibandha.

Earlier on October 9, police had arrested six other accused in the murder case. They were identified as Dilip Behera, his wife Sasmita Behera and grandfather Balaram Behera. Apart from this Rashmi Ranjan Barik and Biswajit Barik were also arrested on the same day for giving protection to Raj Kishore Behera (son of Dilip and Sasmita Behera), who had surrendered to police on October 8.

The Police Commissioner said that the deceased, Prabhakar Sahu alias Sambhu, was working in a sweet stall owned by Balaram Behera. However, due to differences between them, Prabhakar left his shop and set up his own sweet stall.

As Balaram sustained loss after the exit of Prabhakar, his family plotted his murder. Later, Raj Kishore Behera contacted Shritik and gave him Rs 10,000 in advance with a promise to give the remaining Rs 40,000 after the murder. “On October 4, Shritik and his friend Ashutosh came on a bike and arrived at the shop of Prabhakar. Seeing the duo, Prabhakar tried to run away. But was chased and killed by Shritik on the spot with a sharp weapon,” he added.

Sarangi said the special squad has appealed to a court to take Raj Kishore Behera on remand for further interrogation.

Aluminium Has A Bright Future As An Environment-Friendly Metal