Aluminium Has A Bright Future As An Environment-Friendly Metal 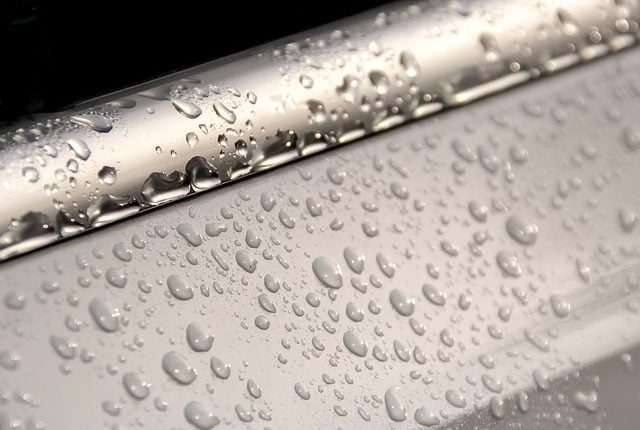 Every era has come with a transition. As COVID19 disrupts human lives and economies in an unforeseen manner, the need for building a resilient, circular and agile economy with sustainability at the core is being felt more than ever before.

We have been trying to make a balancing act between exploration to push development and sustainability. However, circular economy has to be achieved without putting development at the backseat.

For running the wheel of development and sustainability, there is a need for an ideal metal that can restore an environmentally-friendly future but still serve various industrial purposes.

Aluminium is the answer.  It is one of the most versatile and plentifully found metals on the planet that can be recycled and reutilised any number of times. It is the most sustainable option amongst its category. As per World Economic Forum, 75% of the aluminium ever produced is still in use. Being the most common metal present in the earth’s crust, aluminium has a spread-out influence that touches lives each passing day. From playing an integral part in household kitchens to facilitating the production of an aircraft’s structural elements, the metal has come a long way.

With greenhouse gases and destructive carbon emissions having impacting global warming, it has become a priority to reduce these releases through measures like increased recycling and usage of such eco-friendly metals in applications like automobiles, airplanes, watercraft, and trains.

Graduating towards becoming a futuristic metal

Aluminium forms an integral part of our daily lives. From packaging food into aluminium foils and wiring electronic products, the metal has proven its functionality. This lightweight metal has been preferred by several industries like construction, aviation, telecommunication, technology, healthcare, and other domestic segments.

Automobile manufacturers are aware of the potential of aluminium, especially for electric cars. The quotient of sustainability and lowered weight is effective in manufacturing energy saving cars. The metal’s utilisation in this domain will be irreplaceable once the demand for energy-saving vehicles goes up.

Aluminium swapping other metals in the upcoming ages

This metal outperforms its counterparts by holding the second position in the consumption chart. The industry fragments that are majorly reliable on this metal, will be mounting their consumption too, owing to the increase in the product portfolio and an expected surge in demand. Due to modern-day developments taking place in the motor industry, the rapid city growth, the advancement of smart cities, and the booming growth of the power segment, the metal is predicted to be an important substance in the manufacturing process.

As we march towards embracing a sustainable environment, there has been an impressive development in the metal’s usage. Used across an extensive range of applications, aluminium products contribute towards emission reduction, thus benefitting the society. On the other hand, aluminium’s profuse nature with its recycling property lends a superior status contributing to the aspect of ecological stability along with industrialisation.

The building and construction segment prefers aluminium over other metals

These segments have always been reliant on steel and cement blocks. Due to its toughness and high strength-to-weight ratio, this extraordinary metal can largely contribute to providing strength, resilience, and deliver sustainable structures in the building and construction domain.

Applications like Mivan shuttering are now used in residential and commercial projects. Apart from these, additional areas in the usage of the metal are on the rise in the form of aluminium formworks in glass faces and facades of the high-rises, entertainment zones, cricket stadiums, and swimming pools.

Preferred metal in the domain of power-engineering

Copper is a constant in power operations. However, aluminium, being a universally structural metal is a new entrant in the domain due to it being a flawless conductor of electricity. It offers good conductivity to weight ratio like copper and follows an increased utilisation in wiring power grids along with transmission lines.

The metal’s application ensures the diffusion of power worldwide. Expanding its horizon of utilisation, the metal is also used for power wiring of airplanes and in the fabrication of automated mechanisms and TV antennas.

Potential of aluminium in the aerospace and defense sector

Being light, aluminium has always been the dominating metal in aircraft construction. While steel is stronger than aluminium, it is a heavy-weight metal. Aluminium’s properties like lightweightedness and resistance to corrosion have made it a metal of choice in this domain. The metal is widely used for the construction of missile components, assault bridges, main battle tanks, weaponry systems, boats, submarines and also in space mechanisms.

The role of aluminium in upgrading the automotive and rail industry

Undoubtedly, this segmented industry has been the greatest consumer of aluminium in our country. Automobiles like cars, bikes and even spaceships have profited from using components of aluminium due to its non-heavy properties.

The metal used in sports car manufacturing is also gaining a lot of traction due to it being functional and light in weight, which is the prime necessity while designing sports cars. The benefit of long aluminium extrusions has become dominant with rail cars which are being made of longitudinal aluminium extrusions.

The future stands bright for aluminium

There is not a single domain that has not been touched by the metal’s dynamic properties and this is only going to increase the demand for aluminium in the upcoming years. While the metal is comparatively young, its usage is vast.

The modern-day era can be labelled as the Aluminium Age, placing the metal equally parallel to its counterparts like wood, stone, bronze, steel, and iron. The prospects of aluminium usage continue to be vast, diverse, and far-reaching. With all the domains working in tandem to streamline efficiency and to generate an environment conducive to fuelling novelty, aluminium has a bright future.

In the coming space-age times, that will witness flying cars, the metallic high-rise reaching into the clouds and even military submarines – all these and more will see aluminium taking its place as a metal of worth now and beyond.

Know Everything About Your Cup Of Coffee

Process Of Auctioning 41 Coal Mines To Be Launched Tomorrow,…