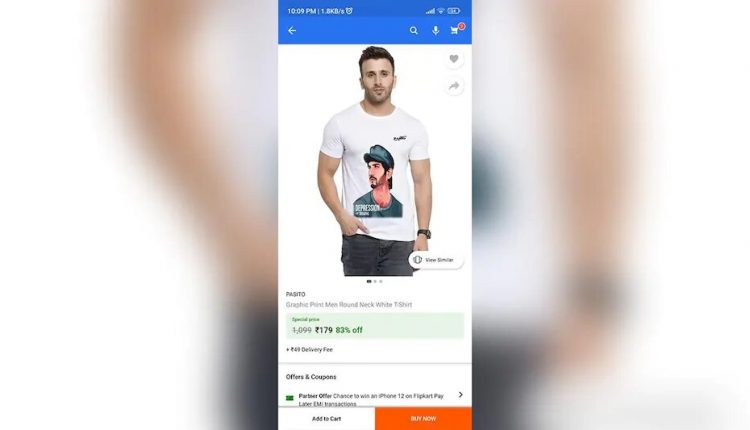 New Delhi: Late actor Sushant Singh Rajput’s fans were irked once again after a T-shirt referring to his ‘depression’ was found on the website. As a result, Boycott Flipkart began trending on Twitter on Tuesday evening.

The T-shirt included artwork of SSR with the words, “Depression like drowning” accompanying it. Soon after being shared, the image went viral and this is how Boycott Flipkart started trending.

There were also instances where people filed grievances at Flipkart and even served a notice against the online shopping platform for selling T-shirts with a misleading quote. “I will serve notice to @Flipkart tonight (for approving a material which is defaming a deceased) as a common & responsible citizen,” commented a Twitter user. Another person wrote, “#flipcart you can’t do marketing of your product by dragging a dead person. Think about there family members..karma will catch you soon.”

Your tweet was quoted in an article by koimoi https://t.co/MVjrRgQVUq