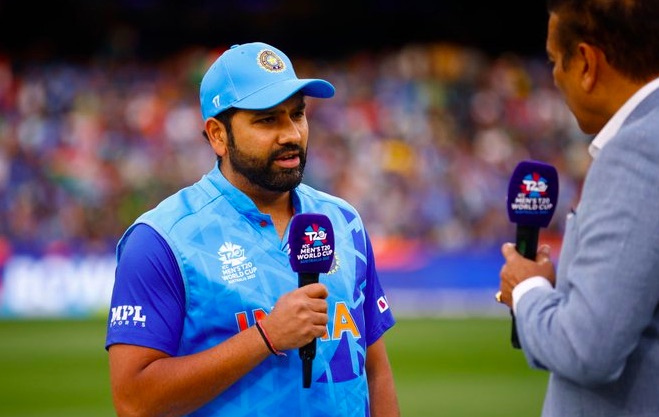 Bhubaneswar: India captain Rohit Sharma won the toss and elected to bat first against South Africa in their third Group 2 match of the Super 12 stage in the T20 World Cup.

India has strengthened their batting line-up by replacing Axar Patel with adding Deepak Hooda for the Sunday match on a lively track in Perth.

India has played South Africa 23 times in T20Is and won on 13 occasions. South Africa won nine times while one game ended with no result. In this tournament, the Men in Blue have begun well, with back-to-back wins over Pakistan and Netherlands and could potentially seal a semi-final spot if they manage to beat South Africa.

Notably, Virat Kohli won the player of the match award when India played South Africa last time in T20 World Cup. He scored 72 runs from 44 balls in the semi-final.