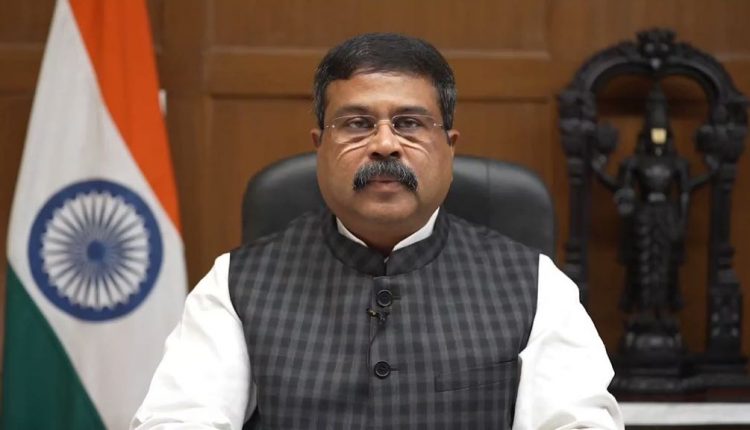 Bhubaneswar: To further galvanise the fight against COVID amid a recent spurt in cases, Union Education Minister Dharmendra Pradhan on Saturday appealed to the people of Odisha to take free precaution dose of vaccine during the 75-day special vaccination drive launched by the Centre.

Noting that there has again been a surge in COVID cases, Dharmendra said in a video message that the Centre under the leadership of Prime Minister Narendra Modi has emphasised the need for strengthening the vaccination drive in order to effectively contain its spread.

“India has scripted history by administering more than 200 crore of vaccine doses in a span of only 18 months. It is a matter of happiness that ours is a success story in the battle against COVID,” said Pradhan, who hails from Odisha.

Apart from making available safe and effective vaccines against COVID, India has bolstered its healthcare infrastructure and accelerated the process of vaccination, he said adding that hard work and tireless efforts by lakhs of doctors, health workers and scientists were instrumental in this success story.

In order to save the citizens from COVID, the Centre has launched a 75-day special vaccination drive from July 15 and people aged above 18 years are being administered vaccine doses free of cost, the Minister said.

“However, the vaccination rate of the precautionary dose in Odisha is less than the national average. 87 per cent of the people of Odisha have not taken the booster dose so far,” the senior BJP leader said.

“It is feared that COVID infection may witness further surge during the rainy season and vaccine is the only weapon to defeat it. Therefore, all eligible persons should take the vaccine without delay. They should also encourage others to go for the precautionary dose at the earliest,” Dharmendra added.