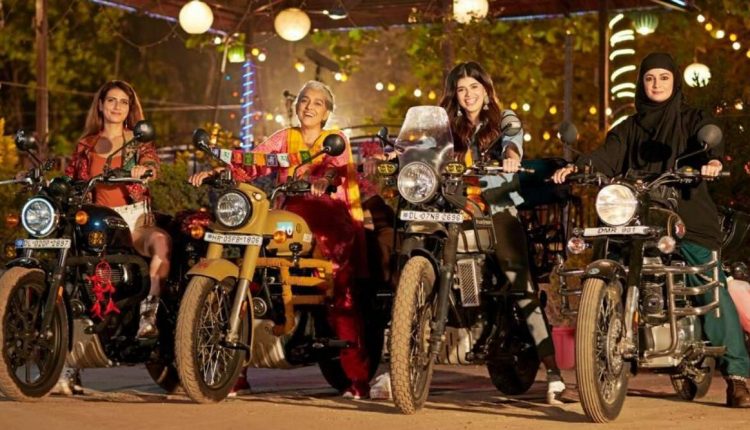 Mumbai: Taapsee Pannu, who has experimented with quite a variety of unconventional roles in her short career, has announced a women-oriented film under the banner of her production house – Outsiders Films.

Titled Dhak Dhak, and directed by Tarun Dudeja, the film would be a fascinating story of four women and their life-changing journey to the highest motorable pass in the world.

Outsiders Films has collaborated with Viacom18 Studios to launch its next biggie in which actors Ratna Pathak Shah, Fatima Sana Shaikh, Dia Mirza and Sanjana Sanghi would be seen riding the mean machine.

The group of four take on a life-changing journey to the highest motorable pass in the world. Dia shared the first look poster on Instagram and made the exciting announcement.

Dia announced it on her Instagram page and shared an interesting poster. She wrote, “Join the ride of a lifetime with Dhak Dhak, as four women ride to the highest motorable pass in the world on an exciting journey of self discovery (sic).”

While Ratna Pathak Shah and Dia Mirza sport a salwar suit, Fatima Sana Shaikh is seen wearing a top and shorts. Sanjana Sanghi, on the other hand, wears denim.

On acting front, Taapsee has Shabaash Mithu up for release next, while she’ll also star opposite Shah Rukh Khan in Rajkumar Hirani’s Dunki. Her other releases include Do Baaraa, Blurr and Tadka.