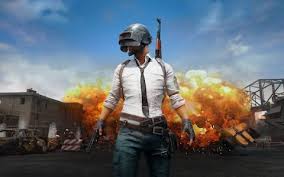 A 17-year-old boy at Jind in Haryana allegedly committed suicide by hanging himself after his mother scolded him for playing Player Unknown’s Battlegrounds (PUBG) and took away his cellphone, reports The Hush Post.

The incident took place in Shivpuri colony of Jind. About a year ago, the boy had given up his studies after completing Class X and spent most of his time playing PUBG.

His father, a policeman, said they often scolded the boy for having given up his studies and spending time playing PUBG. He said: “I was on duty on Saturday evening when my wife found him playing PUBG in his room. She snatched his mobile phone. At 9pm, the boy went to his room after eating food. Next morning, she found him hanging in the room. He was immediately taken to hospital, where the doctors declared him dead.”

According to the police, they had not received any formal complaint but were investigating the matter.

Find Out Why Odisha CM Is Happy With This MLA