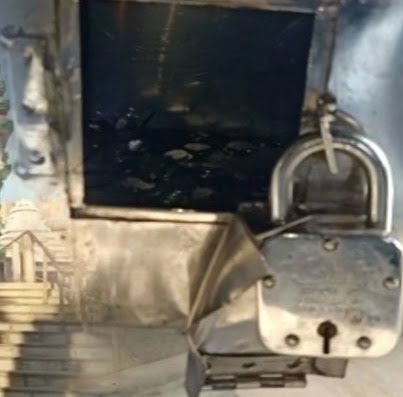 Kandhamal: The gods protect us, but who protects them? In another shameful incident, burglars decamped with gold ornaments and cash from Jagannath and Maa Dakshina Kali temples at Baliguda in Odisha’s Kandhamal district late on Friday.

The loot incident has been captured on CCTV cameras installed at the temples.

According to sources, the burglars entered the temple by breaking the main lock and decamped with ornaments and other valuables and cash from the donation box.

The matter came to light this morning when a devotee found the temple’s lock broken. He then alerted the locals and the temple priests.

A complaint has been registered and police have launched a probe.

Baliguda IIC Prashant Kumar Behera said that they would check the CCTV footage of the temples for any clue in the case.