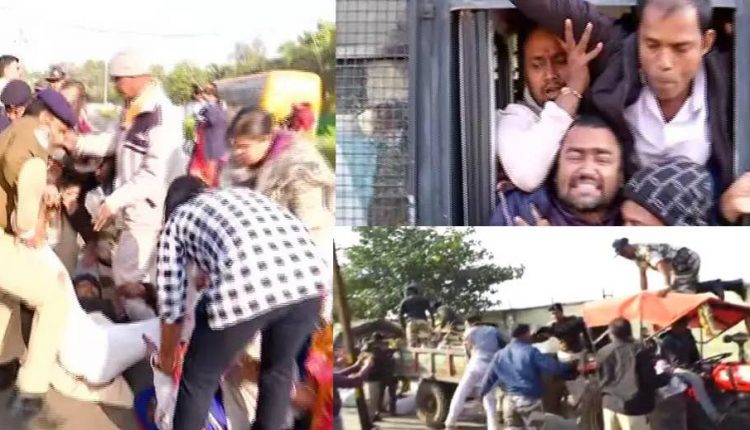 Bhubaneswar: Temperature soared on the chilly Monday morning after a scuffle broke out between police and farmers, who hit the streets of Odisha capital over paddy procurement irregularities.

According to sources, members of Naba Nirman Krushak Sangathan were intercepted by police while they were marching towards Chief Minister’s residence to dump paddy as a mark of protest. A group attempted to storm the CM’s residence but was stopped by security personnel. Several protestors were also detained to bring the situation under control.

Alleging ‘katni chanti’ at mandis, farmers demanded the minimum support price set for paddy and said that deduction in weight under fair average quality (FAQ) norms should be stopped.

After the failed attempt to gherao Naveen Niwas, the agitators staged a demonstration at the Airfield police station. They also threatened to protest in all 147 assembly constituencies in the coming days if their demands are not met.

“While the government is busy with the preparations for Hockey World Cup, it lacks the sincerity to address various issues of farmers. The middlemen are reaping profits at the cost of farmers. This was a trailer and the protest would be intensified in the coming days. The farmers are ready to go to jail for their rights,” said an NKS member.