That Was A Close Shave 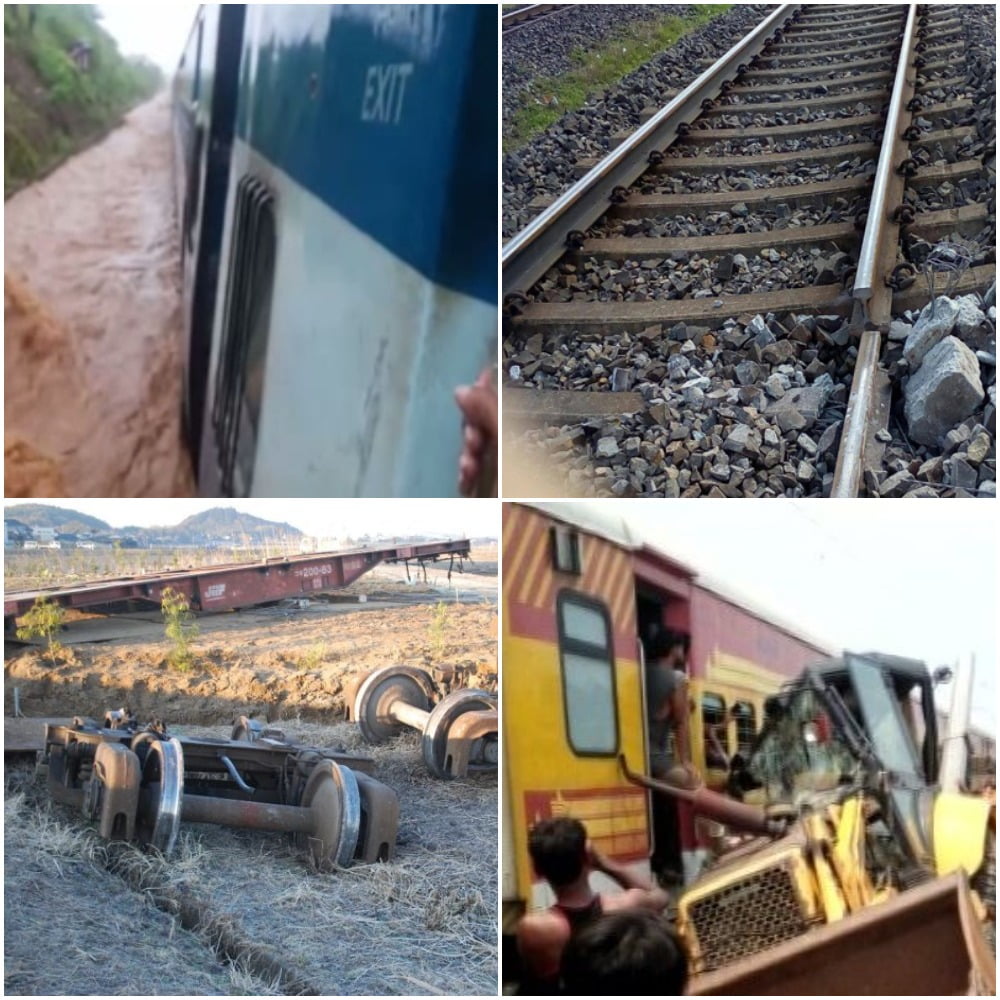 Share
Bhubaneswar: Its not uncommon to hear passengers chide at Railways for all the ills afflicting the national transports. But few credit those railway staff, the countless frontline persons, who through their tireless efforts ensure the safety of the train journey. They do not yearn for acknowledgement or rewards but offer selfless dedication to the cause of railways.
Odisha Bytes celebrates the deeds of such staff, their alertness and alacrity that prevented some big rail mishaps, saving hundreds of life in the East Coast Railway jurisdiction in 2018. As curtains come down on the year, here are some incidents that defined the exemplary commitment of railwaymen to safety.
1. On October 1, ahead of the festive season, a major mishap was averted near Maniguda station in Rayagada district when the loco pilot J V Ramanna and his assistant M K Singh along with the train guard D D Nath of a goods train discovered the wielding failure on the parallel track. The gangman S Prasad, deployed on the track, immediately informed the station master to stop the incoming Visakhapatnam-Korba express, thus averting a big tragedy. All four of them were felicitated by Railways.
2. On August 29, loco pilot S S Mahalik and his assistant S S Mohapatra of Jakhapura station (Jajpur District), who were in charge of a goods train, observed a problem at Cuttack railway station and stopped the train just two metres before the affected point and averted a possible disaster and loss of railway property.
3, On August 20, an alert loco pilot of the Berhampur-Cuttack-Berhampur MEMU train prevented an accident near Gopalpur Balikuda, about 2 km from the Cuttack railway station. On spotting a bend in the railway track, he immediately stopped the train.
4. On July 27, Dileep Singh Meena, a senior assistant loco-pilot of Visakhapatnam station, while on duty in 12807 Visakhapatnam-Nizamuddin Samata Express from Visakhapatnam to Titilagarh, observed that a tractor trying to cross the track in front of the approaching train between Kandel Road and Kesinga Station. Meena immediately applied emergency brake and controlled the train in time, the failure of which could led to a major mishap.
5. Early this year on February 12, railway keyman Tejraj Rana detected a rail fracture in Titilagarh-Raipur Section and tried to stop the approaching Puri-Ahmedabad Express train by showing red flag.
6. On January 30, the Gateman of Balugaon level crossing B. K. Sethi spotted problem in a specific wagon of a goods train, carrying dolomite from Biramitrapur (near Rourkela) to Visakhapatnam Steel Plant, and alerted its driver who immediately stopped the train at around 11.55 am. Even as the train derailed, it prevented a possible mishap from taking place. ECoR felicitated him because of his alertness and presence of mind.
7. As Cyclone Titli made landfall in early October in Ganjam District, Railways cancelled the services of some trains going down South and diverted a few others, keeping passenger safety in mind. Railway teams, including track specialists, bridge and electricity engineers conducted a detailed study of impact of the cyclone between Berhampur-Palasa and Palasa- Kottabomali, even as hundreds of workers pulled the best out of them to start train operations in matter of hours.
8. Lastly on the Christmas Day, a porter at Singapur road station in Rayagada district found rail fracture at around 6.20 am and immediately informed the station master. He heard an unusual sound while the Hirakhand express was entering the station. The track was repaired, following which the train to allowed to resume its onward journey.
train
Share FacebookTwitterGoogle+ReddItWhatsAppPinterestEmail

Odisha Fashion Designers Take Their Pick From Best Of 2018 Collections