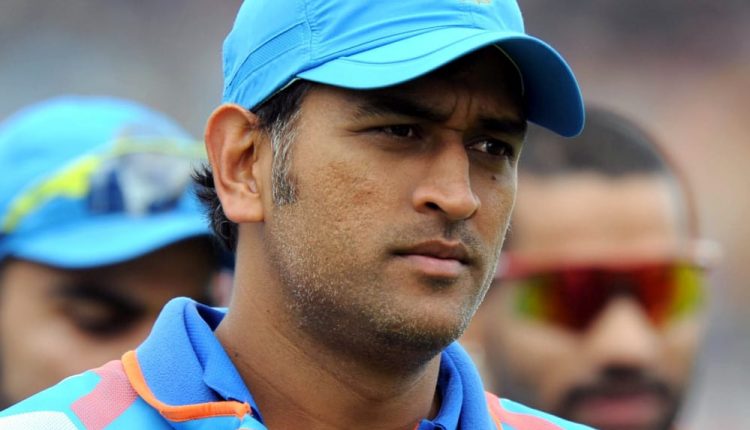 His composure can be a nerve-wracking experience for fans and his emotionless face intimidating to rivals. He frustrates as much as he exhilarates. He can drive you mad at times. He can disappoint you with his detached demeanour. But if you are caught in a storm in the deep sea, Mahendra Singh Dhoni is the man you would trust your life with.

What makes him so special? By most accounts it is calmness. You can expect him to remain unfazed in the most turbulent of situations while lesser souls would panic and rush into wrong moves. Yes, he soaks in pressure like none of the captains of yesteryear did and of his own generation does. The adrenaline-driven Twenty20 cricket surely generates unusual pressure situations on a minute basis and you need to be special to withstand these with Zen-like serenity.

Dhoni’s CSK’s record in the IPL – nine times finalist and four times champions – does not really tell the full story about the man as leader. But it needs telling. To a format so fickle and so loaded with uncertainty, he lends amazing predictability. Watching him marshalling his resources from behind the stumps and beyond the ropes, is like watching a seasoned choreographer at work. His moves involve not only his teammates but also the opposition camp too. At no point you get the impression that the proceedings are beyond his control.

He could well be a chess player in cricketer’s colours. He has his own moves sorted, and he anticipates the array of moves the challenger could come up with. His calmness probably is driven by his power to negotiate a range of apparently uncontrollable with a great degree of comfort. This is not possible without an exceptional understanding of the game in all its dimensions. Dhoni, most veterans of the game accept, reads cricket and situations as no one else does. All his ICC trophies and other laurels are a small testimony to that.

The goal, the strategy, the tasks and finally the execution – all have to be in perfect alignment for any team to succeed anywhere, be it business, politics or cricket. But leadership is where the buck stops. A bad leader can throw all prerequisites to success haywire. We have been witness to this so often through the many seasons of IPL. A great collection of talented individual players must find a rallying point in the leader. Dhoni has been the rallying point for CSK, binding several out of players, including himself, into a formidable fighting unit this year. He played the same role as the skipper of the Indian team across formats.

When he takes charge of the innings in its most critical stage – the end overs – he makes the loudest statement as a leader: lead by example. Finishing a game certainly is a high-risk task. The burden of expectation from the team and fans is huge. Moreover, if the captain is not up to it, then he loses the moral authority to demand the same from others. Dhoni, no wonder, wields moral authority over other players by not being a shirker. The undiluted adulation for him from the younger generation of players bears evidence to that trait. When he drags the match to the last over, the greatest finisher of the game leaves many a heart in the mouth, but he certainly emerges glowing brighter. Of course, his great temperament in challenging circumstances doesn’t result in victory always, but it does no damage to the image of the man.

With the skipper no more the dependable batsman he was years ago, Chennai was virtually reduced to a ten-man team this season. Making it worse was the poor form of the likes of team veterans Ambatti Raidu, Suresh Raina and Dwayne Bravo. He could have excused himself easily to accommodate someone in better touch. Of course, that wouldn’t be the Dhoni we know. So he was there, out in the middle making optimal use of his depleted resources and in the role of the guiding force. After a dismal 2020 season, he had to deliver. He did with aplomb.

How does he do it so often? How does he manage to cope with the tension, the load of expectation?  We come back to calmness again. There’s something unique about it. You won’t see him overtly expressive as a Virat Kohli or a Saurav Ganguly. His aggression is understated, almost buried in the sense of equanimity displayed in the exterior. Both aloof and involved, his approach is not easy to emulate. Is it deeply spiritual or is it a facade concealing the turbulence within? Is it cultivated or is it a rare gift he is born with? Any which way, it is the hallmark of a personality in absolute peace with himself. He is the kind of person who would be successful in any field of life. Cricket has benefited from his presence.

His is perhaps an ideal example of the concept of karmic detachment expounded in the Gita. A job has to be done to perfection and with all commitment it requires, but without an overwhelming obsession with the result. The fixation with results may cloud one’s judgement and blunt the means to achieve goals. Detachment, often confused with indifference, also demands grace under great stress and control over passion. Dhoni could well be the embodiment of that concept. He is not given to passionate reactions either in defeat or wins. He is more likely to assess after every result whether the job was well done, not whether he carries the trophy. It is no surprise that you often hear him talking about the process.

It’s indeed rare for the captain of a team to heap praise on a vanquished team and declare they deserved to win the match – he said that about Kolkata Knight Riders after winning IPL 2021. In a match against Bangladesh, he was seen advising the opposite captain about the flaws in field placement. It’s the work of a mind trained to focus on the process and its evaluation. He is a man studying not only the strengths and weaknesses of his own game plan but that of the opposition too. Didn’t we mention he is a great reader of the game earlier?

Dhoni belongs to a rare breed of sportspersons. To judge him on the simple yardstick of success instead of the total package that he is would be a travesty of the exercise. Yes, he can frustrate you at times, drive you mad. But caught in a storm mid-sea, he is the man you would want to handle the rescue act.

Know What Senior Odisha Health Official Has To Say About AY4.2 Delta Variant