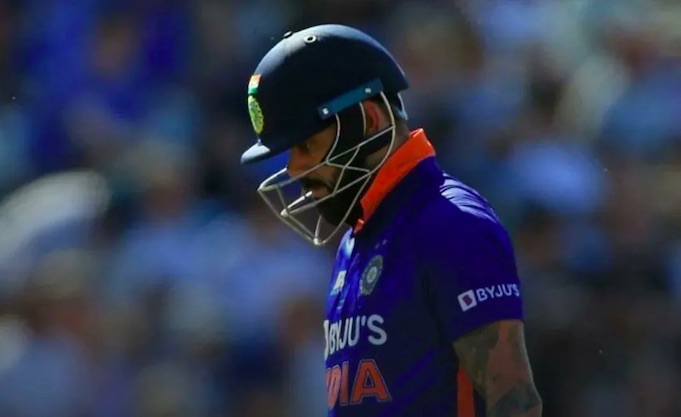 Indians love to worship their sporting icons; they love to bring them crashing too. Nothing short of a yogic sense of detachment to celebrityhood would help an icon survive the extremes – over-the-top adoration and ruthless rejection. Virat Kohli, trapped long in a slump in form and in the midst of a national debate over the desirability of his place in the Indian team, would be realising this the harsh way these days.

The noise for his exclusion from the shortest format of cricket is getting more vociferous by the day. Former cricketers, including some bona fide greats of the game, have turned trolls seeking his removal. Some of their comments are unduly harsh, bordering on the personal. They have dropped hints about his lack of commitment to the country and managed to add volume to the social media gangs baying for the beleaguered former skipper’s blood. It doesn’t matter now that he is among the most successful Indian captains, that he averages above 50 in all formats of the game, that he has the best average as Twenty20 skipper, that he won T20 series in Australia, South Africa, England and New Zealand, that he had the longest winning streak as T20 skipper. How quickly people forget! It is as if all were waiting for him to fail.

It is not that the call for his exclusion is entirely undeserved. His poor form with the bat in all formats is having an inexplicably extended run. His contemporaries Kane Williamson, Joe Root and Steve Smith have left their lean patch behind and are back into the business of scoring heavily. Virat seems to be lost, fighting demons only he can know of. To add to his predicament, exciting young players are performing at a much higher level of efficiency in the shortest format, making a convincing claim to the number three slot in all formats. But the nastiness towards him, coming particularly from former cricketers, is a bit troubling. Maybe they have always been jealous of his success.

Rohit Sharma, the skipper, was on the ball defending Virat. “If you talk of form, it goes up and down, the quality of a player never goes down and we should remember that…We back that quality. When some player has done so well consistently for so long, that can’t be written off in one or two series or one or two years. It takes people time to understand it completely, but those who are running the team know the importance of that quality,” he told mediapersons recently.

The form is temporary, class is permanent – it’s cliché, but its relevance never wears thin. Those who have followed Virat’s career – through the longest format to the shortest and from IPL to other T20 engagements – know the class and quality he brings to the table. A short string of failures does not mean any of it is lost.

The more relevant question at this point should be: Does he need to play the shortest format when he is low? Given the nature of the format, where there are many variables impacting one’s performance, the most important being good luck, it is never the ideal space for an out-of-form player to regain touch. The blinding speed of the game here does not allow a batter to focus on the weakness he might have developed and rectify it. The ideal situation for Virat would be to play one-dayers and Tests more to remove the warts. He can come roaring into T20 after that. But then selection is also a matter of how the team thinktank perceives the role of a player from the long-term perspective. With the ICC T20 World Cup in Australia a few months away, can it ignore the proven quality and experience of a player on the basis of a few bad outings?

It’s a call not those making ‘surround noise’, as Rohit puts it, outside can take. Their suggestion might be pleasing to the ears and appear fair – who can argue with the contention that in-form players should get a look-in and the argument that past record should not be the basis of selection of a player? – but this is not how team managements think. They cannot adopt an off-with-his-head approach. It is detrimental to team stability and confidence of players. Players of the calibre of Sachin Tendulkar, Rahul Dravid and Rohit Sharma had had their bad patches. Without the robust backing from the team management in the lean phases, they would nowhere be close to the records they hold.

Perhaps it’s time ‘experts’ from outside took a break. They would be better advised not to sound like trolls on social media. Meanwhile, Virat can focus on his game with yogic equanimity.