The Literary Versus Un (?) Literary 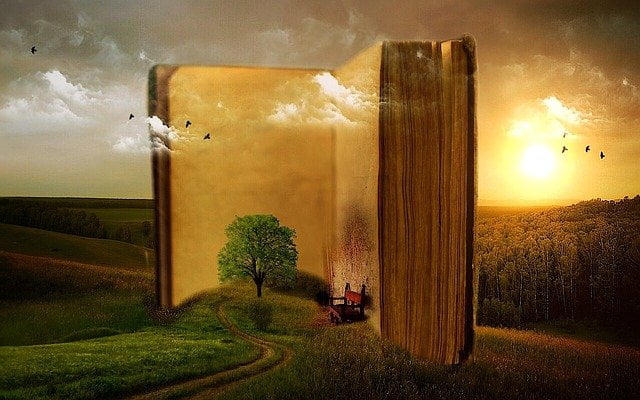 Ever since literary and cultural practices happened to define our lifestyle, attitude, ideas and motives, human social sphere counted on its progressive course of history and proved or tried to prove it to be a superior species. Human Civilization promoted itself by the tested body of its literature, art, scientific development and all round prosperity both materially and culturally. This gave rise to the confidence of propagating, expressing and asserting worldviews, ideas, conviction and even a sense of cynicism in its exponents.

Whether political analysts, historians or religious doctrines, human practices never stopped from explaining our mundane life, its purpose, need and prospect in its defined and determined fashion, by establishing time-tested canons as well as practicable course of action in this world. All religions were founded on the premise of love and peace before getting diluted at some time or the other from their basic tenets in order to voice certain principles that suited best to its practitioners. As human beings evolved in course of history, they ambitiously wanted to formulate opinions across disciplines to help their own species as well as the others of the environment to perpetuate. This naturally led to a lot of prejudice and intolerance among them towards any other opinion or narrative other than theirs.

In literary practice the same trajectory has been seen as we moved from a body of work that relied on some transcendental truth or pleasure to very clearly perceptible value judgements in recent writings. Although we might accept the influence of larger economic, political machinery on the works of Shakespeare or his successors, the primary aim as well as its impact couldn’t be claimed to be of one of power relation but that of the quality of human potential, resilience, victory or defeat, a sense of spiritual gratification or awareness of human futility. An artistic pleasure or traces of illusion, all in their relative balance set according to human aspiration beyond its corporeal, material being was something that attracted people across all walks of life to art. The advent of critical theory and critical discourse analysis paved way for what actually would stand for the ‘lemon squeeze’ mode of interpretation in contemporary times.

While advancing the nature of scholarship by putting efforts to unravel the unsaid and resisted voice in the text, the critic didn’t fall short of vilifying, condemning or even dismissing writers of eminence who certainly did not set out to write with political correctness or set ideological positions. Whether selective reading of writers like D H Lawrence, Joyce, Balzac and others by Simone de Beauvoir, ambitious yet drab and banal claims of literary merit by the latest journalistic document (Ministry of Utmost Happiness) of Arundhati Roy in the guise of literature or ridiculous questioning/extension of the Indian epics by someone like Kavita Kane (Sita’s Sister, Karna’s Wife), the contemporary critic and creative artist only took pleasure in spreading venom and never got tired of the abundance of negativity that literature never ever meant to produce. The traditional definition of the discipline that orders the disordered, unites the discordant has taken back seat in the face of a fascination that our new generation intellectuals have worn in order to appear radical and avant-garde. In this context it is apt to draw from the veteran writer Manoj Das who in some of his newspaper columns showed his displeasure of the retelling of our epics away from their historical/cultural contexts. Needless to remind, he was particularly pointing at the utterly misplaced idea of looking at Hanuman as a dalit as contemporary narratives tried to characterize and in another essay stirred our sensibility in the painful memory of Rani Padmini to be too much for the Indian collective consciousness rather than the trivial, radical brigades’ ruthless dissection of the great queen.

John Bayley in his introduction to War and Peace rightly narrates the limitation of Henry James and Thomas Mann trying to categorize the text by their patronizing and subtle dismissive attitude. Both James’ ‘mass of life’ and Mann’s ‘ancient, colossal, dignified but elapsed’ reference read to be too defensive, Bayley observes. It is rather pertinent to see how resembling nothing but itself it remains always contemporary – yet indefinable in whatever terms contemporary writers set out to describe their new forms, new aims, and new sense of historical immediacy and significance. Tolstoy’s historical assumption says, nothing in the past happened as we try to imagine it happening, or need to think it did in order to create our concepts of history (italics mine, extract from Bayley, Introduction to War and Peace, 1968).

This is the bottom line of the dynamics that the literary world has been subject to in recent times. An obsessive search for the marginal, the racial, the gendered, the subaltern and a frantic attempt to match any great nationalist, cultural discourse with that of a certain kind of nationalism of the European nation states have stripped our literary potential and replaced it with a mediocre socio-political documentation.

Sometime back, the writer-historian, Ramachandra Guha lamented the end of the bilingual intellectual in India while losing sight of the elitist position from which he wrote, sailing by the inherent dismissal of leaders who rose from the grassroots by their personal efforts, questioning the mastery of their grasp of an Indian sensibility, its language and ethos. It is only ironical that we regret the loss of linguistic syncretism while vouchsafing high pedestals of learning and intellectual capital in select institutions. After all, one can not fashionably use the terms ‘cattle class’ and ‘chai wala’ or dismiss a television actor lampooning her skill of governance (while ignoring her flair in multiple languages) to be an able leader and at the same time be nostalgic of the vernacular, the mass and the language marginals. The Indian bilingual or multilingual public never culturally understands the alienated historiography or literary censorship of its countable spokespersons manufactured in the western academy. So this mismatch between the sentiment, the people and the literature/ criticism prepared for them would only result in utter disillusionment and no fruit. It is time the new generation of students shunned it and moved forward by looking back, bordering the ancient and the canonical.

Hinduism justifies no cult of ego-expression, but aims consistently at spiritual freedom. Those who are conscious of a sufficient inner life become the more indifferent to outward expression of their own or any changing personality. The ultimate purposes of Hindu social discipline are that men should unify their individuality with a wider and deeper individual life, should fulfil appointed tasks regardless of failure or success, distinguish the timeless from its shifting forms, and escape the all-too-narrow prison of the ‘I and mine’ (The Dance of Siva, 1982).
The reason I refer to the above lines here bears significance in two ways. One, Parekh brings Gandhi and sees how the Mahatma experimented with the above in his writing even while he had a set goal before him. He understood this self effacement to be of practical essence which would enable us correlate the physical with the spiritual quite easily. It is not just the Sadhus but the common Indian and his/her day to day life which would be the bedrock of this possibility, Gandhi understood.

The other reason might appear to be simplistic, but not entirely out of place. A recent bollywood film Stree and its screenplay, dialogues, script and vision would give literary activists of the present time a decent ride. On surface, the film seems to be very funny, filled with humour that is unintended, superstitions that sound very familiar and relatable, a village librarian and conscience keeper who has very strong convictions on gender equality and liberation, a stree that looks for love and is not a stereotyped witch and plenty of unassuming details that work more efficiently in order to bring a change in people’s chauvinist mindset. And on the other hand there is a film Taandav that misses no chance to be loud, mean and opportunistic riding on the wings of our self declared liberals. Time, we focussed more on our local, ordinary and next door literary riches than in the celebrated lot.

(Disclaimer: The views expressed by the author are personal and do not necessarily represent that of the website)