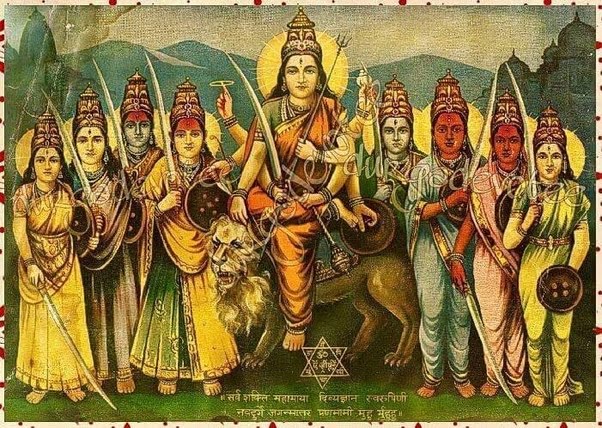 Bhubaneswar: Indian mythology has mostly portrayed male characters as fierce, strong and powerful personalities. Female characters, on the other hand, were ‘ideal’ or ‘negative’. They were mothers, wives or vamps.

But there is a lot more to all the so-called vulnerable and weak female characters. These women had a mind of their own, trusted their sensibilities and were blessed with a sharp acumen.

On the occasion of International Women’s Day, it will be pertinent to talk about some of the fabled women who set great examples of being elegant with qualities of a warrior who could revolt, if needed.

Discovered by Janak while ploughing, Sita’s dedication and self-sacrifice have always stood out among her dynamic characteristics. She was a woman of great inner strength with healing capabilities, and never refrained from speaking out whenever the need arose. During her exile with Lord Ram or when Ravana abducted her, she showed strength of character and mind that every woman wants to emulate. A woman with strong self-respect, Sita raised Luv and Kush as single mother.

If there would have been no Surpanakha, there would have been no Ramayana! This woman had strong emotions and did not hold back her attraction towards men, something that was taboo. She was ridiculed and Lakshman insulted her by chopping off her nose. Surpanakha played the evil genius behind the epic Ram versus Ravana war. She is mostly seen in a negative light, but Surpanakha was a character far ahead of her times.

It is not easy to be the wife of a prince who decides to leave her and accompany his brother on a 14-year-long exile. Urmila insisted on accompanying Lakshman, but the latter insisted that she stay back as he will not be able to protect his brother and Sita if she came along. Urmila accepted her husband’s wish, and slept through the exile. After the trio returned, Urmila fulfilled her duties of a devoted wife with compassion.

Born as a blessing to her parents who had wished for a son, she was extremely beautiful and an epitome of purity and devotion. It was the divine love and dedication of Savitri that helped Savitri save her husband’s soul from Yama. She was intelligent and a smart speaker, and it was her words and wisdom that impressed Yama who granted Satyavan’s life.

To be a devoted wife to the king of Rakshasas and still be righteous requires bravery. She did her best to make Ravana a better person and kept warning him about his wrong deeds that might lead to a destructive future. But despite Ravana’s flaws and evil deeds, Mandodari always encouraged and guided him towards the right direction and remained faithful to him.

She deeply loved Pandava Bheem and wanted to marry him. Bheem agreed on the condition that he will leave her once she bears a child. But that did not affect Hidimbi’s decision. She was a single mother to Ghatotkach and never claimed any rights for his son because practically, Ghatotkach was the eldest Pandava son.

88 Recover From COVID-19 In Odisha

Embrace Melancholy And Let It Bring You Happiness