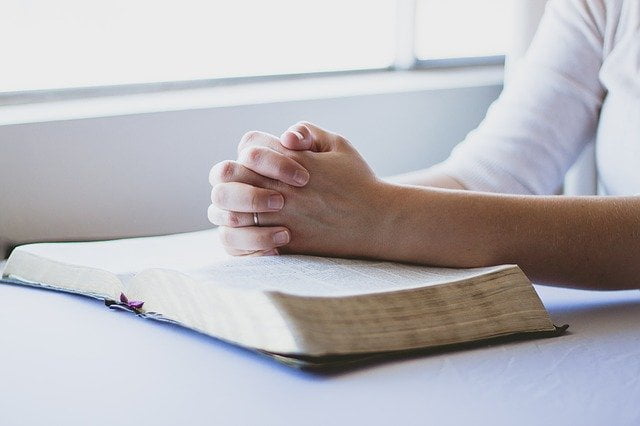 Even as the second wave of Covid-19 ebbs in India, our spirits are being battered almost every day with news of deaths – there seems to be no saying as to who emerges victorious and who loses the battle with the virus – young, old, fit, unfit, rich, poor, powerful or a common citizen, there seems to be no correlation.

It is at times like this, when we are overwhelmed by pain and suffering and we realise that we do not have control or understanding of what is happening, there is a resurgence of faith in the almighty as the only source for an explanation for the inexplicable.

At the same time, for those who experience loss firsthand, sometimes there is also an opposite reaction, especially among those who were firm believers earlier. They see their loss as a betrayal of their faith and occasionally can fully discard what were once their core beliefs.

Faith can be described as complete trust and belief in something or someone, without needing any verifiable evidence to justify this trust. Blind faith is continuing this trust even when confronted with contradictory evidence, or refusing to see or acknowledge anything that does not conform with one’s beliefs.

Of all the types of faith, faith in God is one of the most powerful. It is like a comforting blanket on a cold winter night as it protects us from the harsh winds of the troubles in life, and provides answers to our otherwise unanswerable questions.

It is this faith in God that gives billions of people the ability to continue to face whatever challenges life throws at them with the belief that they have the protection of the divine.This belief acts like a life saving medicine that can even revive a person from the deathbed, and thanks to the placebo effect, the stronger the belief, the greater the probability that it could work. As is said, faith has the power to move mountains.

Unfortunately, except in a miniscule number of agnostics, faith in God is inextricably linked to religion. And every religion bases itself on the assertion that its interpretation of God is the correct one. This is compounded by the fact that barring one or two, almost all religions rabidly believe that every other religion is false and their followers are heretics doomed to an eternity in whatever version of hell they believe in.

The other arena where faith plays a large role is in electoral politics. The reason is that even in highly developed economies, the vast majority of voters are left befuddled by the complexity of governance, and hence find it easier to place their trust on a party or leaders and hope they will be able to resolve them to their advantage.

Trust is bestowed based on either ideologies or on leaders. While belief in ideology – right wing, left wing or centrist, defines what we feel is the best mode of governance, faith in a leader can sometimes transcend ideological beliefs.

While ideological beliefs were the primary drivers for vote gathering earlier, there has been a shift to personality based politics across the world. This is possibly because with the advent of technology and the realization that there is very little to differentiate policies of governments regardless of their leanings. When coupled with the deliberate projection of the leader as a saviour through skillful marketing, it is no wonder that we have seen the emergence of a crop of leaders who are the sole USP of the party.

It is when faith is placed on a particular God or a particular leader that it can become toxic and instead of being a positive influence, can cause immense pain and hardship, both to oneself as well as to society.

By their very nature, we begin to identify our own self and self esteem with our faith and beliefs, and anyone or anything that goes against them, or even has other beliefs, is seen as threatening and can provoke extreme reactions.

And it is this vulnerability that is played upon by unscrupulous religious and political leaders to further their own interests, by transforming the trust placed upon them into blind trust. By doing so, their followers become incapable of seeing their faults and shortcomings and continue to support them.

This is the primary reason for the polarization that we see in our society, and the only way we can undo this is by infusing a healthy dose of rationality into our belief systems and faiths. Sadly, this is not at all easy as it will require us to do without the blanket of comfort provided by faith, something that not everyone has the strength of character for.