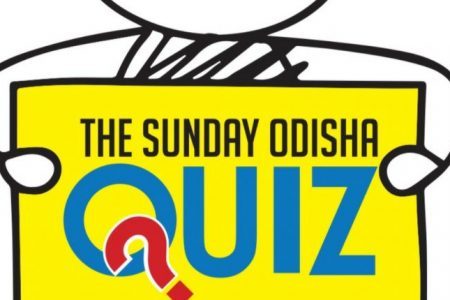 And it misses the point. Why, have you ever wondered, must kids in a rural school in India know the name of capital of Ethiopia or the president of Mexico? Isn’t it better that the questions make them more knowledgeable about their immediate surrounding and what they are going to grow up with -their history, culture, politics and so on? In short, quizzing should arm people with knowledge that helps them grow.
We at odishabytes.com plan to revisit the quiz culture. Henceforth, our dedicated section would focus solely on Odisha. Our aim is to spread awareness and bring Odisha closer to You. Happy Quizzing!!

Winners will get a coupon from Clivea.com.

1.Which Odia Litterateur is going to get Padma Bhusan for 2020?

2.Name the Father-Daughter duo who are going to get Padma Shri for 2020?

3.In the Paryatan Parv initiative of the Union Government, it has been promoted that a person should travel at least 15 tourist
places of India by 2022.Which site from Odisha is to be part of this iconic list?

4.Who became the first and only Indian manufacturing plant to be included in the WEF’s Lighthouse Network & has been honoured at the World Economic Forum (WEF) 2020?

5.Which Senior Odia Army officer was appointed as the commander of the Southern Army Command?

6.Which University of Odisha will be hosting the the first-ever Khelo India University Games?

7.Whose birthplace Janakinath Bhawan is a museum in Odisha in cuttack?

8.Who from Odisha received Pradhan Mantri Rashtriya Bal Puraskar from the honorable President of India?

9.Which airport in Odisha is named after Veer Surendra Sai an eminent Freedom Fighter?

10.Odisha will showcase its rich cultural heritage at the Republic Day parade in the National Capital through the tableau featuring Lingaraj Temple and Rukuna Rath.
Who has designed it?

2.Which state has been adjudged the ‘Best State for Promotion of Sports’ for the second consecutive year by Sportstar Aces?
Ans:Odisha

3.Who is the Sports minister of Odisha?
Ans:Tusharkanti Behera

4.Who won a silver medal in the U-17 Boys weightlifting event at the ongoing Third Khelo India Youth Games in Guwahati?
Ans: Muna Nayak

5.Who is the newly-elected president of the Odisha BJP unit?
Ans:Samir Mohanty

6.‘Lachhama’ (novels),‘Rebati’ and ‘Daka Munshi’ (short stories)are some of the best works of which odiya literature doyen?
Ans:Fakir Mohan Senapati

8.His first Odia film Sita Rati as a director in 1976, won him the National Film Award for the Best Feature Film in Odia and was shown at the
International Film Festival in 1982, the first Odia film to be screened abroad.Identify the Iconic Odia Film Maker,Director who expired recently?
Ans:Manmohan Mohapatra

9.The Central Government has moved to disinvest which steel unit of Odisha based out of Kalinganagar?
Ans:Neelachal Ispat Nigam Limited (NINL)

10.Which district of Odisha has bagged the National Award for Plastic Waste Management from the Department of Drinking Water and Sanitation
under Ministry of Jal Shakti?
Ans:Puri