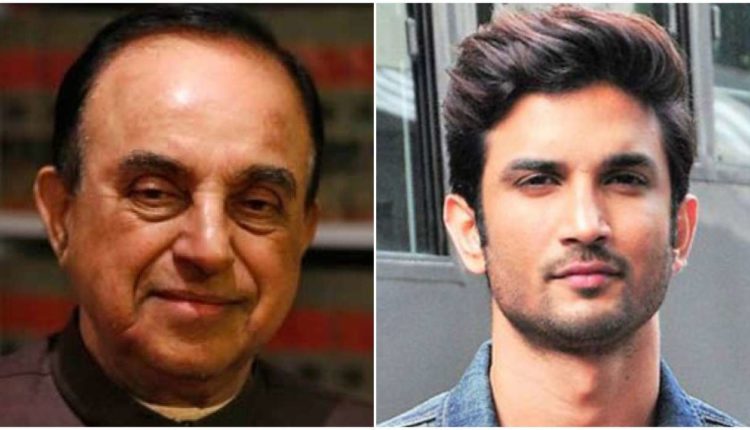 Mumbai: Senior BJP leader Subramanian Swamy took to his official Twitter handle on Saturday to state that the three investigating agencies — CBI, ED and NCB — have unearthed ‘huge evidence’ to prove in the court that actor Sushant Singh Rajput was murdered.

Swamy further said that though the team of doctors from AIIMS couldn’t conduct an independent autopsy as the actor’s body was cremated, they however didn’t rule out murder.

SSR bhaktas ask when SSR case will reach prosecution. I can’t say but: AIIMS team could'nt make independent probe since no body. So relied on Hospital records & said "murder not ruled out but CBI can decide on circumstantial evidence”. So CBI,ED,NCB at it with vigour…contd next

Now the Trimurti agencies have unearthed huge evidence by which I am confident CBI will find it easy to prove in Court that it was indeed murder by conspiracy. Not only justice will be done but SSR will be vindicated by the clean up that follows in Bollywood.

Swamy has been leading the charge for seeking justice for Sushant, who was found hanging at his Bandra residence on June 14.

Ever since the death of the 34-year old actor, various theories are doing the rounds about his tragic demise.

Swamy took the lead and hired advocate Ishkaran Bhandari to see if a CBI probe can be ordered in the Sushant case.

Both Swamy and Ishkaran held several online protests to seek justice for Sushant.

Currently, the case is being probed by the CBI, ED and NCB teams. The NCB has arrested several drug peddlers including Sushant’s girlfriend Rhea Chakraborty and her brother Showik in connection with the drug nexus.

Octogenarian Recovers From COVID-19 In Bhubaneswar