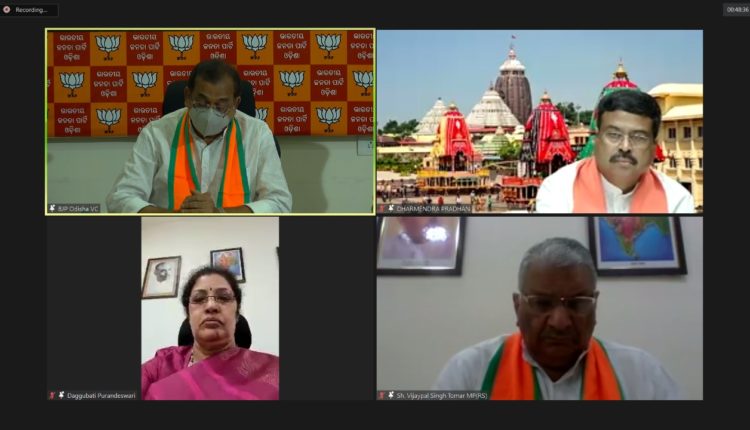 Bhubaneswar: Our ideas should be big and aim at the development of the our citizens. Our responsibility is not only to do politics but also work for the development of four and a half crore of Odias, said Union Petroleum Minister Dharmendra Pradhan while addressing party leaders at BJP’s executive committee meeting on Monday.

“We have work hard to add more people to the party at rural areas,” Pradhan said.

“As a political and social activist, we need to work not only for political change in the state, but also for the advancement of Odisha in the 21st century, to lift the state out of poverty and increase employment, and to connect the problems of the people to the government,” Pradhan said.

This apart the Union Minister said that popularity of BJP has grown after Narendra Modi came to power in 2014. “The people of the state have shown their trusts on BJP during last general elections,” he added.

Pradhan also urged party leaders for self-assessment and said,” Our goal should be to bring about change in the lives of four and a half crore Odias, not just to take on the responsibilities and positions of power.”

Will Kushaq Be Skoda’s Much-Needed Blockbuster In India?