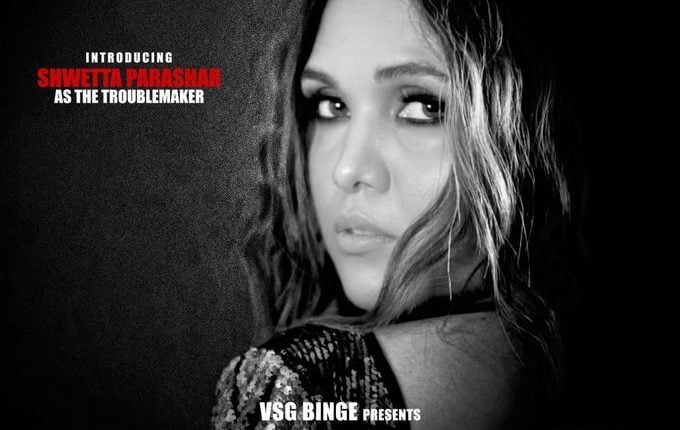 Mumbai: The third poster of the film ‘Suicide or Murder’, inspired by the Sushant Singh Rajput case, was released on Saturday.

The latest poster shows actress Shwetta Parasher, who will be essaying the role of ‘The Troublemaker’ in the movie. She will be playing the character of a woman with many faces — lovely yet cunning, sweet yet shrewd.

Speaking about the film, Shwetta said, “I feel empowered because this is not just a movie, it’s a movement against Movie Mafias. As they say ‘what doesn’t break you, makes you stronger’, 2020 is all about unity; be it fighting against COVID-19 or nepotism, insider vs outsider or mafias in the film industry. And I stand against all these ‘gangs’ and their stooges, that’s the reason I immediately said yes to this project as I believe it will help to expose all urban Naxals and Movie nexus.”

The first poster of the film, featuring Sachin, was called ‘The Outsider’. Then the second poster called ‘Nepoking’ was released, featuring a model named Rana.